The Biden administration acted last week to preserve rivers, lakes, and forests in northeastern Minnesota that have been threatened by copper and nickel mining. More than 225,000 acres of the Superior National Forest will now be protected from mining for at least 20 years. The ban includes the region in which the Boundary Waters Canoe Area Wilderness lies—it’s the most heavily visited wilderness area in the U.S. 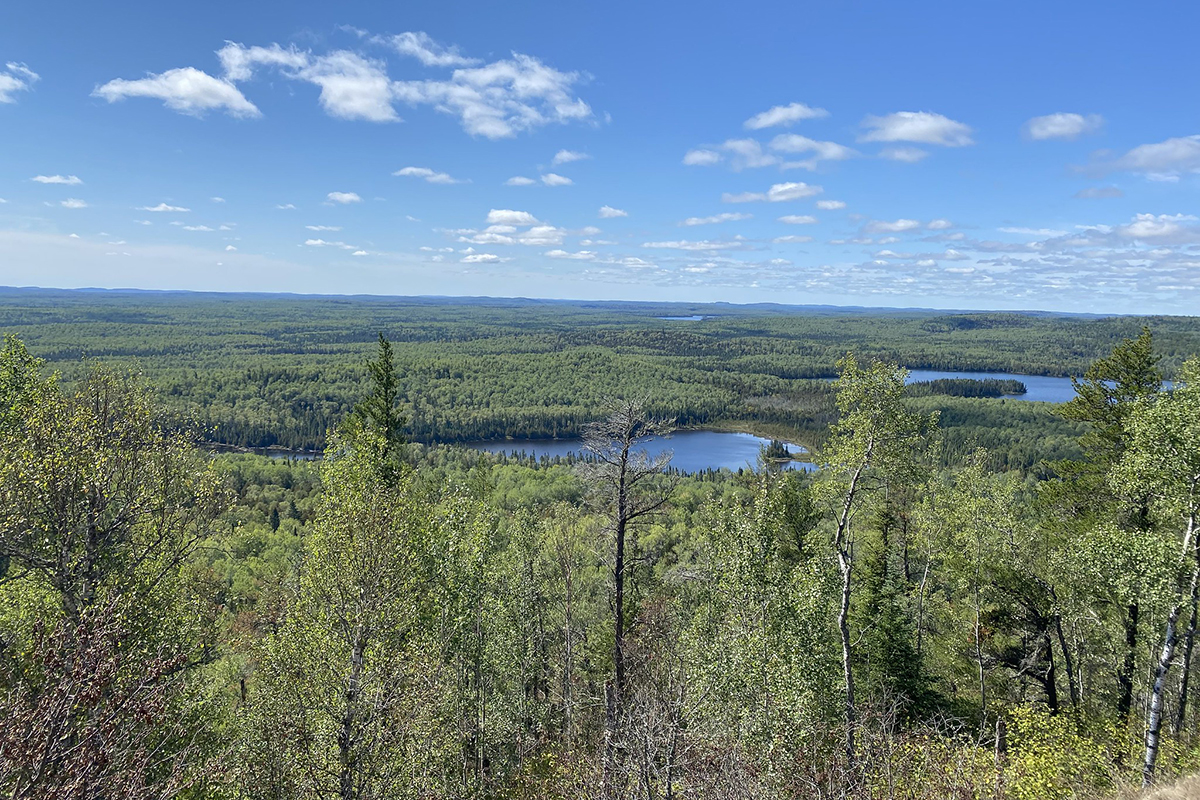 Becky Rom, of the organization Campaign to Save the Boundary Waters, told the Duluth News Tribune that the area is a paradise of woods and water and a world-class outdoor destination, serving as an economic engine for hundreds of businesses and thousands of people. The administration said that it was responding to concerns about potential impacts to fish, wildlife, the rights of Tribes, and the robust recreation economy.

According to E & E News, some Republicans including Representative Pete Stauber of Minnesota, criticized the administration because they say the minerals are needed for renewable energy and electric vehicles. They called out what they see as Biden’s hypocrisy because the administration has signaled it would approve mining projects in the U.S. that support EVs but is advancing projects in countries like Congo, where child labor has been used in cobalt mines.

One affected mining company, Twin Metals, a subsidiary of a giant Chilean company, sued the Biden administration last year in an attempt to mine underground adjacent to the wilderness area.

Biden’s protection of the Boundary Waters is a return to an Obama-era policy that had killed the copper and nickel mine, which former President Trump then revived.

An "Environmental Nightmare" Where Perpetrators May Not Be Caught

It’s being called an “environmental nightmare”—tiny plastic pellets the size of lentils have been washing up on beaches in France and Spain over the past two months, as winter winds and water currents drag the pollution onshore. Technically known as “industrial plastic granules” or IPGs, the beads are melted and then shaped into many plastic products we use. But during their manufacture and transport, as many as ten trillion of the pellets escape into waterways every year. 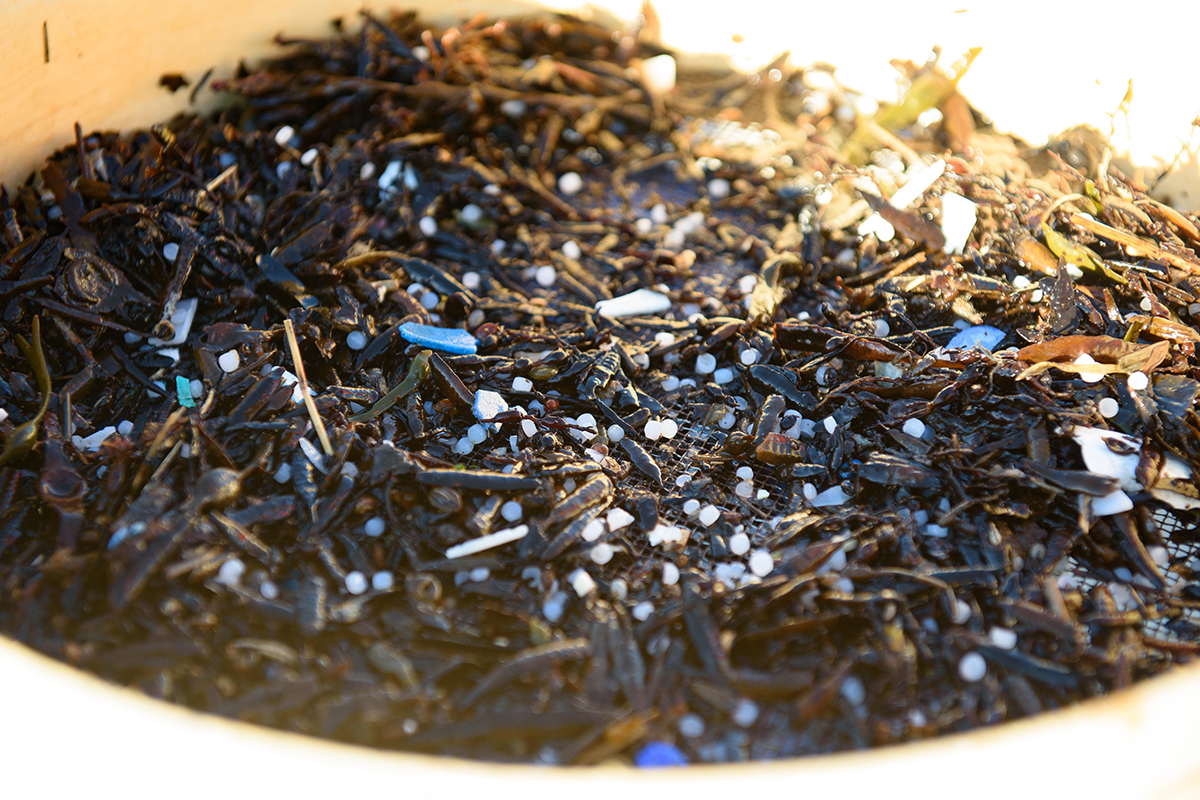 Volunteers with Surfrider Europe attempted, in vain, to collect plastic pellets from a beach in Pornic, France, on Jan. 21, 2023 | Credit: Surfrider Foundation Europe

Collecting them is tedious, as volunteers with the Surfrider Foundation Europe found recently, while trying in vain to sift them out of beach sand before they could be mistaken as food by marine life.

It’s nearly impossible to say where the beads, also known as “mermaid tears,” came from, but many environmental groups suspect shipping containers that fell into the Atlantic Ocean. Lacking a named guilty party is not stopping several mayors in the affected regions, along with the French government, from taking legal action last week against the perpetrators “X” [persons unknown], conceding the move may be more symbolic than fruitful.

We may never be able to pinpoint the source of pellets in the ocean, but since they’re ingested by fish people eat, we do know where they’ll end up—on dinner plates.

In cold weather, people use layers of clothing to keep warm and then peel them off when it gets too hot. Now, researchers at the University of Chicago have applied that same concept to buildings. They’ve designed a multi-layered material that contains copper particles that can change from a solid that retains warmth to a watery state that emits heat. 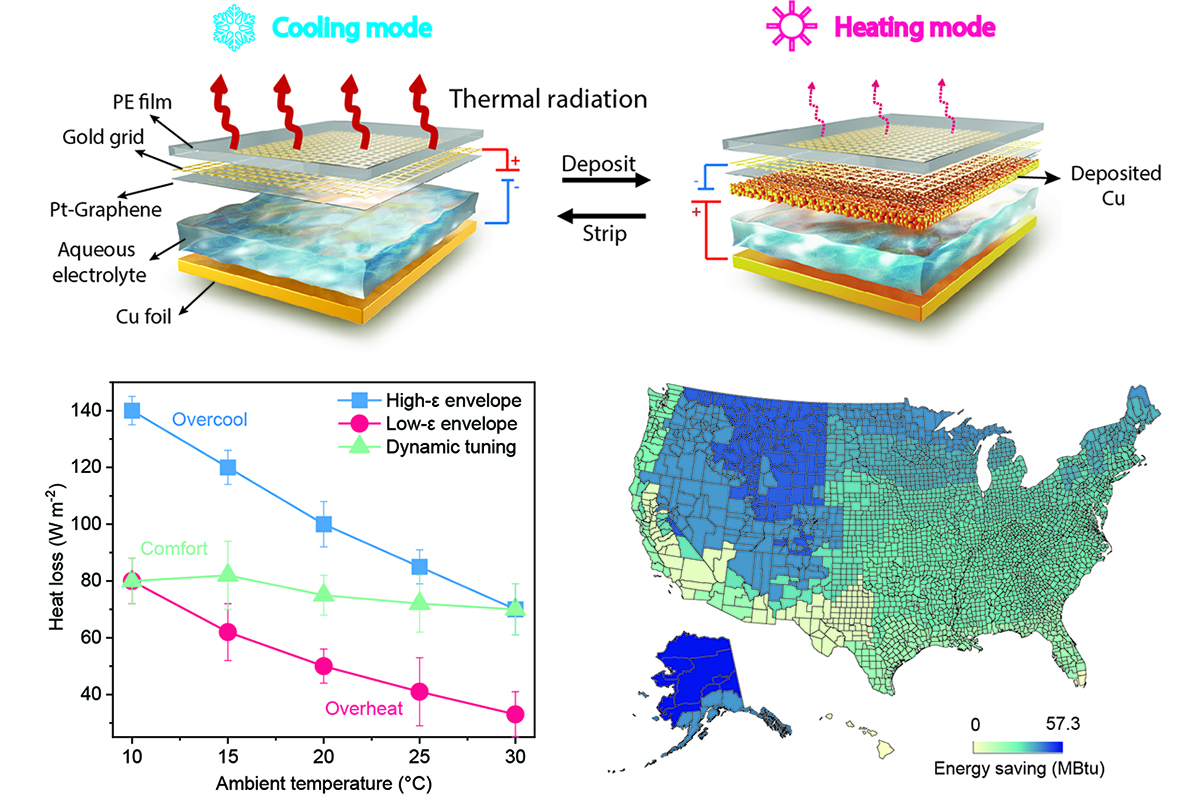 Hsu Group created models of how their material could cut energy costs in typical buildings in 15 different U.S. cities, finding that, on average, the material would use less than 0.2% of the building’s total electricity, but could save 8.4% of the building’s annual HVAC energy consumption. |  Credit: Hsu Group

When conditions are cold, copper, which is good at absorbing heat, is deposited on a film layer to retain that warmth. Using a small amount of electricity that’s a fraction of what's currently used to maintain temperatures in buildings, the material can then shed the copper particles to reflect sunlight and keep a building cool.

Their concept could greatly increase the efficiency of buildings, which consume about 40 percent of global energy and are responsible for about 30 percent of greenhouse gas emissions, with indoor heating and cooling being a major contributor. The researchers imagine that their material could be assembled like shingles into large sheets. The watery phase is transparent, and any color could be put behind it without affecting its heat absorption properties. They also show how the material could cut energy costs of buildings in 15 U.S. cities, saving almost 8.5 percent of their annual energy consumption.

The study was published in the journal Nature Sustainability.

Cape Verde or, officially, the Republic of Cabo Verde, is an island nation off the west coast of Africa known as a global hotspot for marine biodiversity, supporting a rich diversity of marine life, including several species of whale, sea turtles, sharks, and rays. 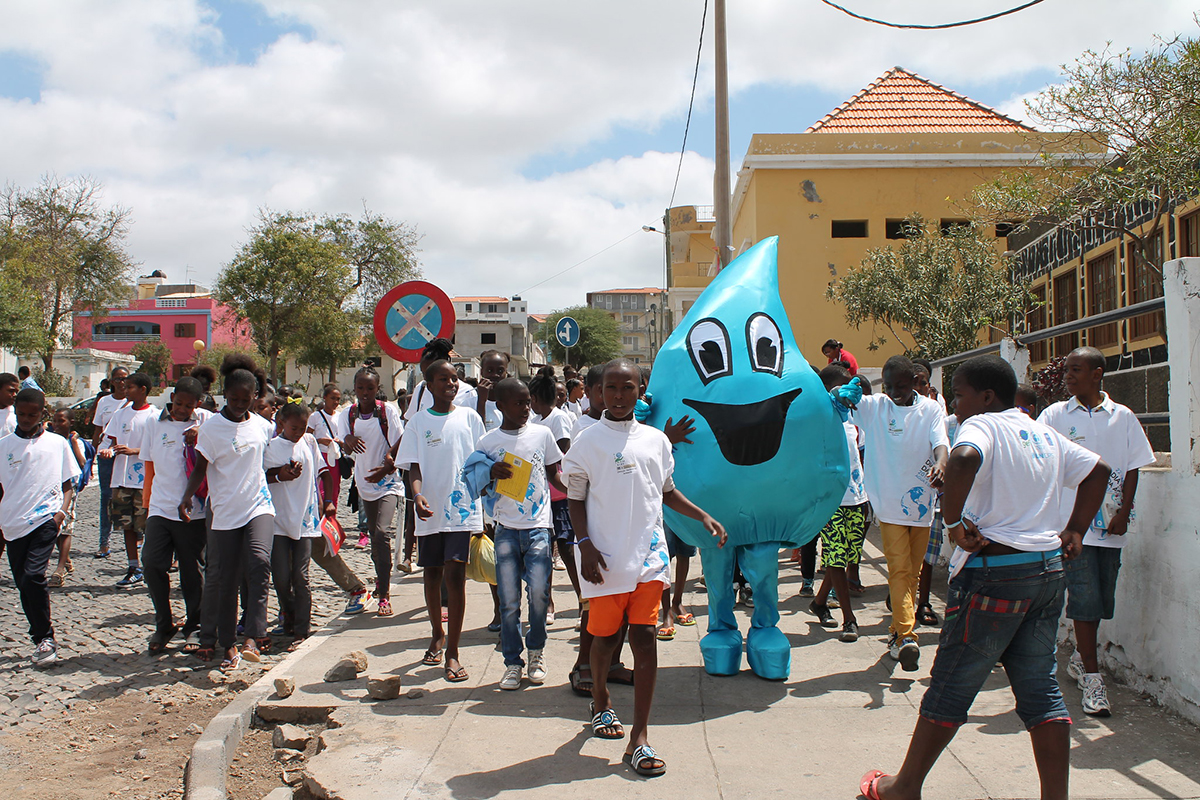 But the ocean, which has sustained livelihoods and supported tourism, is now threatening the country’s existence, as sea levels rise and fish populations decline from increasing ocean acidity. Add to that: the archipelago is sinking in debt, much of it owed to its former colonizer, Portugal. So, it was welcome news this week that the Portuguese government agreed to forgive a portion of that debt in exchange for Cape Verde protecting its environment.

The move is part of a growing trend of “debt-for-nature” swaps, where countries, often in the Global South, which are poor economically but rich in biodiversity—and did not cause the climate crisis—swap their burden with wealthier nations that are trying to meet promised climate targets.

The swaps aren’t new. Bolivia, Costa Rica, and Belize made debt-for-nature agreements in the early 1980s, where funds were used to establish parks, conserve ecosystems, and do research into medicinal uses of tropical plants. Reuters reported last week that Zambia is considering a debt-for-nature swap proposal from the World Wildlife Fund. The African nation, known for its famous Victoria Falls, is increasingly threatened by deforestation and climate change.