The Not-So-Sweet Side of Sugar

A Long and Salty Battle Ends in California, as the State Rejects a Desal Plant

An over-20-year battle has come to end along the Southern California coast, after a state commission rejected a proposal for a desalination plant to turn seawater into drinking water for residents of Orange County. The California Coastal Commission unanimously denied a permit application from Poseidon Water, which had hoped to build a 50-million-gallon-a-day facility in Huntington Beach, south of Los Angeles. 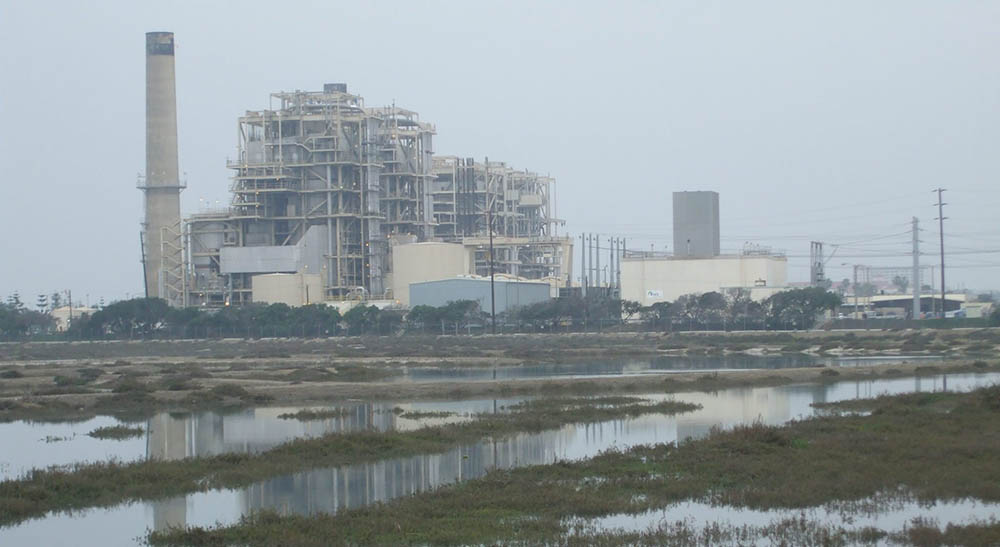 The Poseidon desalination plant was to be located at the Huntington Beach Energy Center, a natural gas-fired power station. | Credit: Orange County Coastkeeper

The commission ruled against the permit, citing its high cost and impact on marine life. They also detailed its hazards, including that the site sits atop an earthquake fault and would be vulnerable to sea level rise. They also noted that construction could disturb an adjacent toxic site. As the Los Angeles Times reports, state scientists said the project would cause substantial harm to fish larvae and plankton and that the company’s proposed mitigation, including dredging an inlet, restoring coastal marshes, and building an artificial reef, would be inadequate.

The commissioners expressed concern that the project would privatize water and likely raise rates, making it too expensive for low-income consumers. Additionally, they noted that Poseidon had not secured any agreements with local districts to buy the water. Proponents of the proposal—which included Governor Gavin Newsom—said it would provide jobs and offer a drought-proof source of potable water as the state suffers worsening shortages brought on by climate change. Opponents countered that there were better options such as recycling wastewater, which is already happening in the county.

While a death knell for the Huntington Beach project, the commission said they aren’t against desal. Poseidon has one plant in operation down the coast in Carlsbad that supplies water to San Diego County. Nearby in Dana Point, the South Coast Water District is moving forward with plans to build the Doheny Ocean Desalination Project that will have slant wells to draw water from beneath the ocean floor to prevent marine life from being sucked into intakes.

Last week, a campaign was launched in Florida to protect the public’s right to clean water and to fight corruption—and it all has to do with sugar. 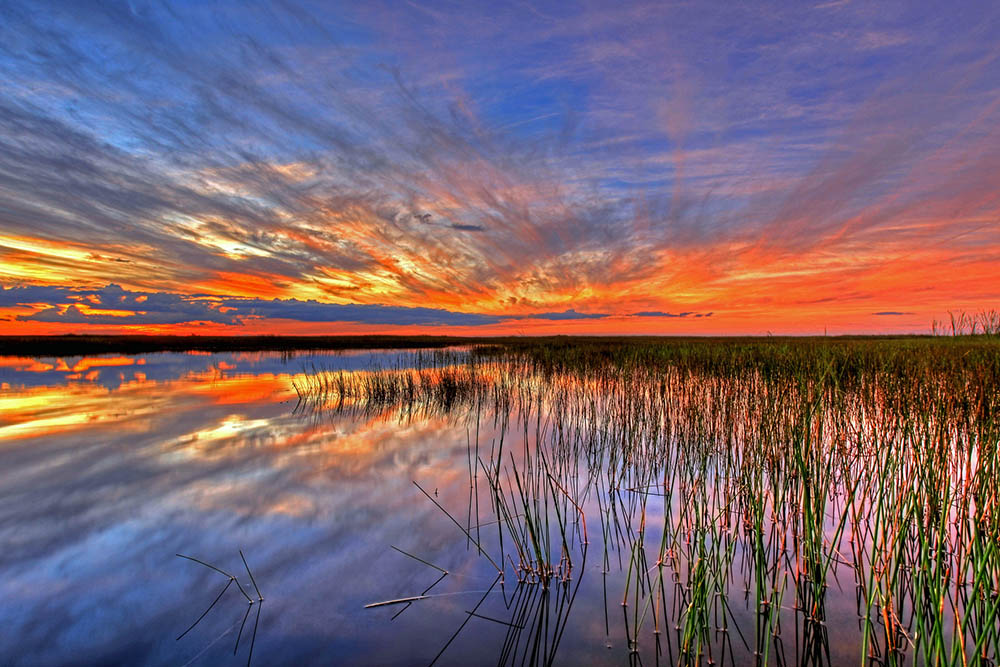 An organization called VoteWater seeks to limit the influence that large corporate sugar cane producers have by urging the public to support only candidates who reject donations from the industry, which VoteWater says has interfered with efforts to mitigate both air and water contamination.

VoteWater also wants to end the billions of dollars in government subsidies that the industry receives. The Miami Herald reports that the sugar industry is one of the most powerful sources of contributions to Florida legislators of both parties and the two largest growers have made more than $6 million in political donations in just the current election cycle.

VoteWater claims cane production has polluted the Everglades, resulting in half the fish and wildlife having methylmercury in their systems. The chemical can affect mental health in humans. Environmental Advocates say the sugar industry has blocked proposed projects to clean polluted waters that have caused coastal toxic algal blooms and other damaging impacts on marine life.

According to the Everglades Trust, federal subsidies to the sugar industry have helped create an environmental disaster and have jeopardized the drinking water for more than nine million people in Florida.

In producing half the cane sugar in the U.S., the Florida companies burn the outer leaves of the crop, producing smoke and ash that harms nearby Black and Hispanic communities, a claim denied by the companies.

VoteWater says they are gaining support and the tide is turning against the industry. The Miami Herald reports that earlier this year environmentalists were successful in thwarting a bill that would have given the sugar industry an advantage over water management. One local official said that if that measure had become law, it would have starved the Everglades of much needed water during the dry season. The new effort to reign in the political influence of sugar companies has support from organizations including Muck City Black Lives Matter of Belle Glade, Florida, outdoor retailer Patagonia, sporting goods supplier Orvis, and the Florida Chapter of the Sierra Club.

Cleaner Air Has Led to More Hurricanes in the Atlantic

Cleaner air in Europe and North America has led to a surprising result—more hurricanes in the Atlantic. Particulate air pollution from things like cars, trucks, factories, and energy production has been reduced by about 50 percent from 1980 to 2020 in those regions. A new study from NOAA says that the lower contamination levels have allowed oceans to absorb more heat, which can fuel storm production. 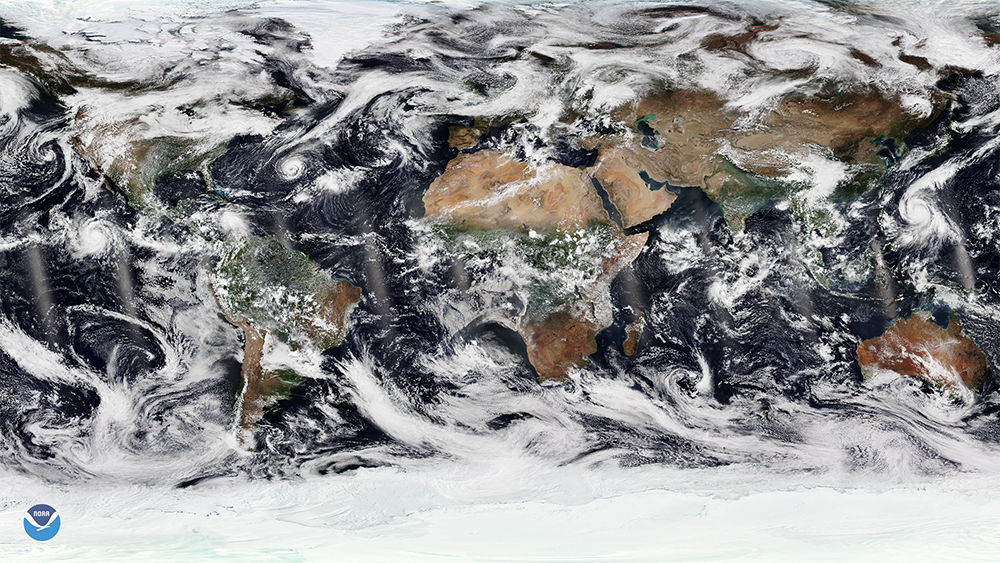 Multiple tropical cyclones. A daylight image composite of Earth from August 29, 2021, as seen by the NOAA-20 satellite. In this image, Hurricane Ida can be seen making landfall on the U.S. Gulf Coast while Hurricane Nora spins in the eastern Pacific Ocean. | Credit: NOAA

Airborne particulates create smog that can reflect sunlight and has a cooling effect—the opposite of greenhouse gases, which trap energy from the sun in the atmosphere and warm the planet.

The cleaner air has been a key reason for a 33 percent increase in hurricanes in the past four decades. In addition, the land has become warmer, which has led to the movement of the jet stream toward the Arctic, creating conditions for storms to occur more readily.

Meanwhile, in the North Pacific, hurricane activity slowed, which the study attributed to industrial growth in China and India that added more particulate matter into the atmosphere.

In the future, the author of the study said that particulate air pollution will remain stable in the North Atlantic, but increased greenhouse gases will be a more significant influence on hurricanes leading to fewer of them, but likely more intense.

The study was published in Science Advances.

Carbon Information on Menus May Lead to Sustainable Choices

When you’re going out to eat, how do you decide what to order? You might consider price, calories, or just have a hankering for a favorite dish, but would you factor in the climate crisis and the greenhouse gas emissions associated with the food? That was the premise of a study by researchers at the University of Würzburg in Germany who wanted to see if restaurant menu design might influence the likelihood of a diner opting for a low-carbon dish. 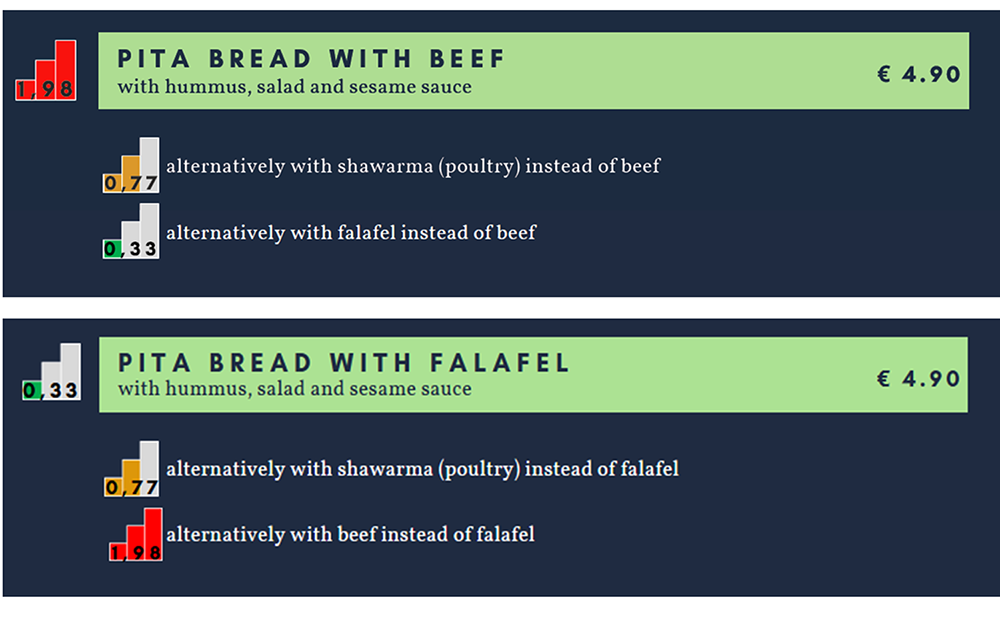 They conducted an experiment in which participants were shown various menus with and without climate information. For example, some menus had prominent labels rating emissions associated with dishes as red for high, yellow for medium, and green for low. Other menus had a low-carbon dish as the default and showed the amount of emissions a customer would add if they substituted with a higher-carbon option like beef.

The researchers found that participants selected more climate-friendly foods when carbon labels were present and also chose the low-emission dish when it was the default. When the menu displayed a high-emission default without a carbon label, 59 percent of people chose it.

Given that one-third of global greenhouse gas emissions come from food systems, including agriculture and land use, storage, transport, packaging, processing, retail, and consumption, helping consumers understand the impact of their choices—whether at a restaurant or at the grocery store—might be one way to nudge them toward more sustainable options.

The study was published in the journal PLOS Climate.