How Salt Can Predict Rain

La Niña May Stick Around for an Unusual Third Year

Last week, millions in the Sidney, Australia, area faced flooding after rain amounts that used to fall in eight months came down in just four days. For the past two years, the region has been dealing with wet weather brought on by back-to-back La Niña conditions. And now it looks as though they—and also we—may be in for a third episode of the phenomenon that impacts global weather patterns. 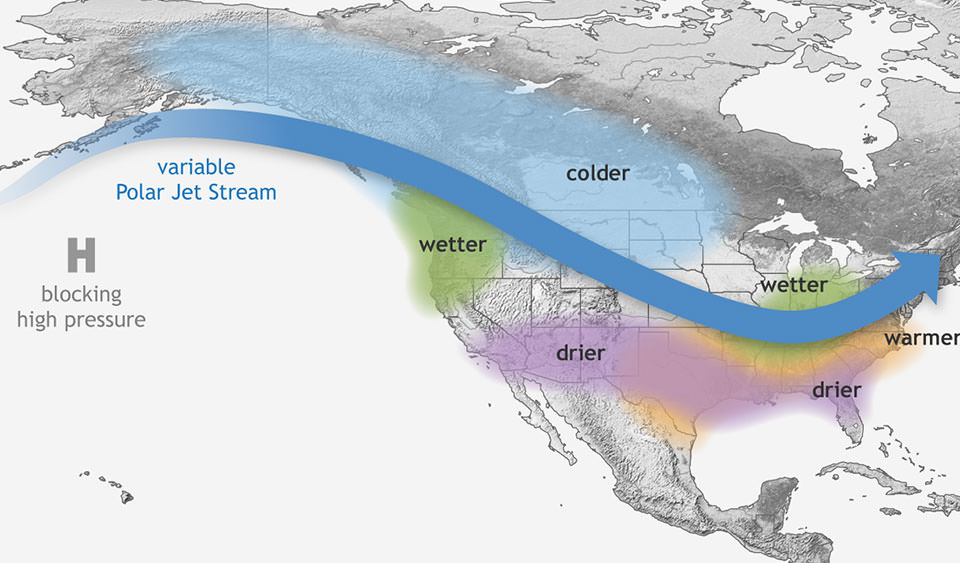 La Niña causes the jet stream to move northward and to weaken over the eastern Pacific. During La Niña winters, the South sees warmer and drier conditions than usual. The North and Canada tend to be wetter and colder. | Credit: NOAA

La Niña, or the Little Girl, describes a condition in the tropical Pacific Ocean in which sea temperatures cool, in contrast to El Niño, the Little Boy, that brings warmer waters. La Niña is near record intensity for this time of year, according to the National Oceanic and Atmospheric Administration. The cooler than average temperatures at the sea’s surface near the equator create conditions more favorable for tropical storms and hurricanes thousands of miles away in the Atlantic Ocean. They also worsen droughts and wildfires in the southwestern U.S.

The World Meteorological Organization (WMO) says ongoing droughts in southern parts of South America and the Horn of Africa plus the rainfall in southeast Asia and Australia bear the hallmarks of La Niña. The WMO recently concluded that there’s a 70 percent chance La Niña will stay in place at least until August and maybe into the fall and winter. A third season with those conditions is relatively rare, occurring only twice since 1950. According to Nature.com, some researchers warn that triple La Niñas could be more common in the future because of climate change.

The Saltier the Oceans, the Rainier the U.S. Midwest

Faraway oceans can be a tool for farmers and others in the U.S. Midwest to know when to plant, fertilize—or prepare for floods. According to a study from Pennsylvania State University and the Woods Hole Oceanographic Institute, the salt content of the surface waters of the Atlantic Ocean, the Pacific Ocean, and the Gulf of Mexico many miles from the corn belt can predict heavy summer rains.

As water evaporates from the ocean’s surface, it leaves its salts behind, making the ocean surface just a little bit saltier. By monitoring changes in sea surface salinity, scientists have a better understanding of how much water is leaving the oceans and moving toward land, which improves their ability to predict intense rainfall for the season. | Credit: R. Schmitt

Midwestern weather is connected to both the Atlantic and Pacific oceans. When water evaporates, the sea surface gets a bit saltier, and that’s an indicator of the amount of moisture carried by the atmosphere and where it will rain. The scientists use remote sensors to measure the salt that provides frequently updated information for huge parts of the oceans. According to one of the study’s authors, in contrast to using sea surface temperatures, which can be diverse, measuring salt content is more reliable. The scientists looked at about 70 years of rainfall in the Midwest and compared it to both salinity and sea temperatures in the Pacific and Atlantic oceans. Salinity was 92 percent more accurate than temperature in predicting extreme events.

In 1993, the Great Flood along the Mississippi and Missouri Rivers caused about $15 billion in damages, which the researchers say might have been lessened, if forecasters had been able to use the salinity-based data to plan for extreme rainfall.

The study was published in AGU’s Geophysical Research Letters.

Finland has long, dark, and cold winters—and up until recently, the country had relied, in small part, on imported Russian energy to provide light and heat. That supply came to an end with the invasion of Ukraine—and Moscow’s irritation at Finland’s application to join NATO. 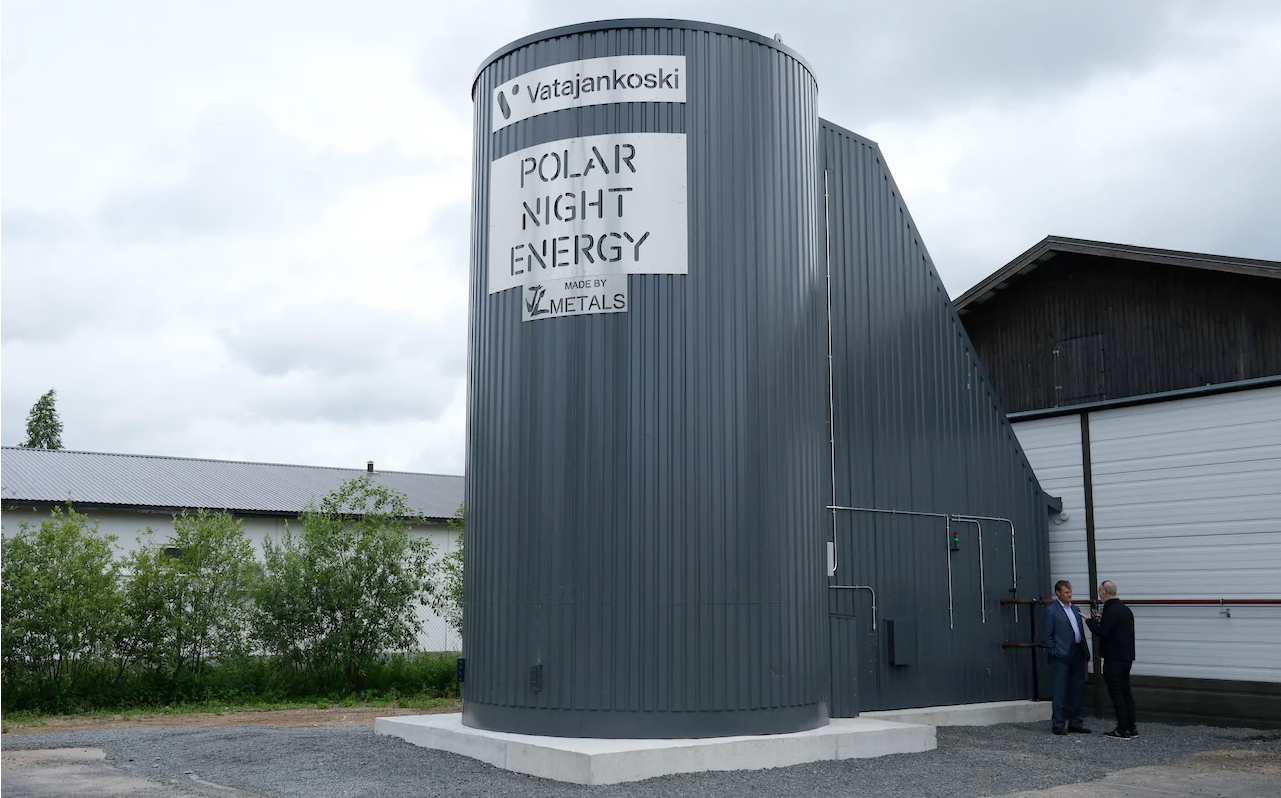 Luckily, Finland has been investing in wind and solar, but as is the case with renewables, storing the energy so that supply meets demand is a challenge. Currently lithium-ion batteries are a dominant storage technology, but they’re expensive and have environmental impacts—especially to water—as mining one ton of the metal requires a staggering 2.2 million gallons.

But a startup in Finland called Polar Night Energy might have a dirt-cheap storage solution—or rather, a sandy one. They have installed the world’s first commercial "sand battery," which can store green energy for months. Their design involves a silo filled with around 100 tons of sand that’s heated to over 500 C using electricity generated by wind and solar.

The sand retains heat—as anyone walking on a hot beach can tell you. In a process called resistive heating, hot air is circulated in the silo through a heat exchanger. When needed, it discharges hot air that warms water in a piped district heating network that heats nearby homes, offices, and even the local swimming pool.

Sand is facing global shortages and pirating, but the researchers told the Telegraph they would source “low value” and “sand like” substances to address concerns. As the BBC reports, other research groups are looking into sand batteries, like the U.S. National Renewable Energy Lab (NREL) in Colorado, but the Finnish version is up and running and they say their next challenge is to scale up their concept and also see if it can be used to generate electricity in addition to providing heat.

Southern fin whales (Balaenoptera physalus quoyi) are the second largest cetaceans after blue whales. They are known to be super-fast swimmers, but their speed could not prevent nearly all of the creatures from being slaughtered in the 20th century as hunters decimated populations for their oil. 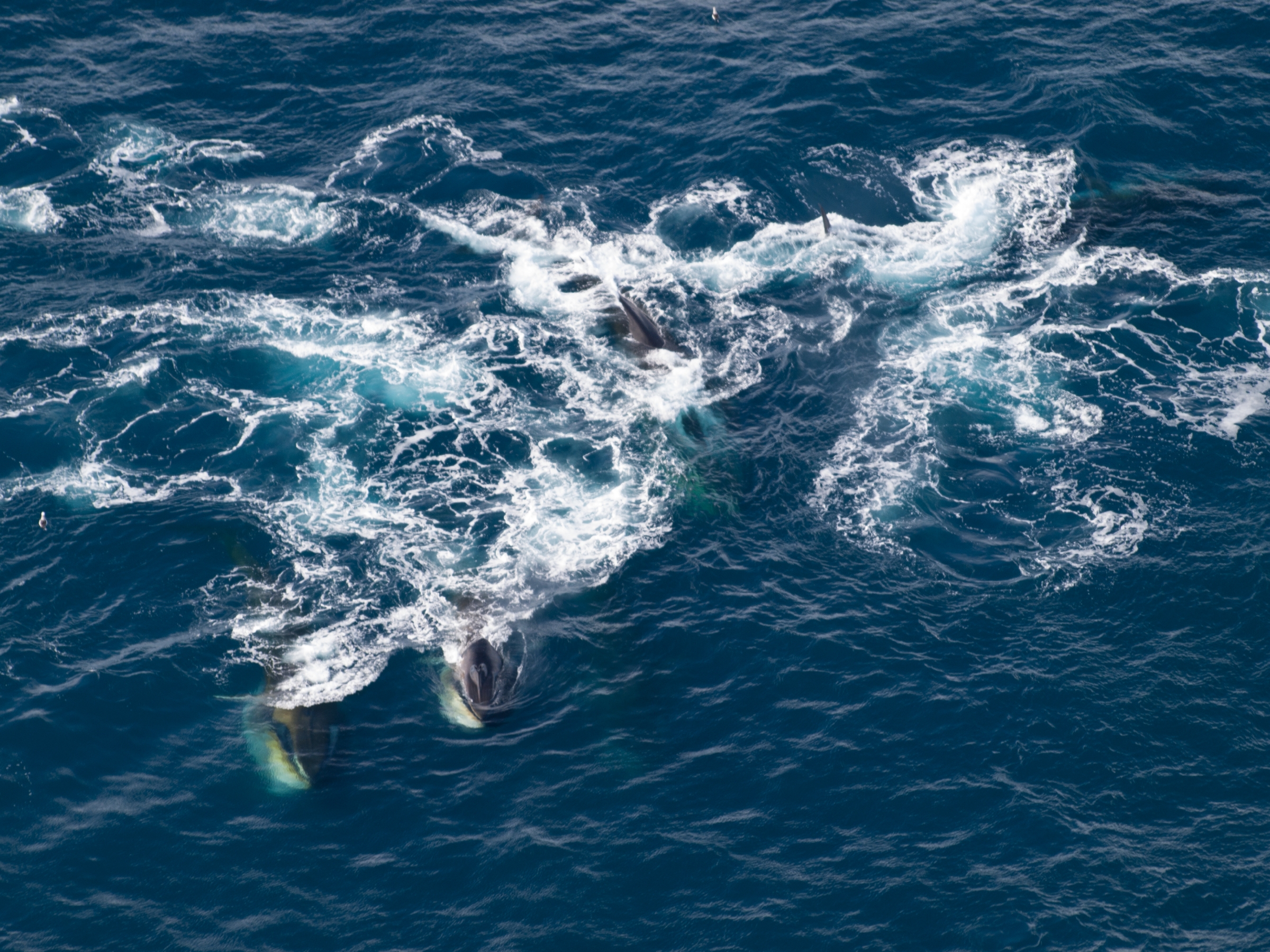 But thanks to a ban on commercial whaling since 1976, scientists believe the southern fin whales are rebounding, especially after a group of researchers came across the largest gathering of the animals ever documented at their historic feeding grounds near Elephant Island in the Weddell Sea off the Antarctic Peninsula.

According to a press release from the Alfred Wegener Institute, during an expedition in 2018 to study the effects of climate change on the Antarctic krill, which form the basis of the Antarctic food web and are a favorite meal for fin whales, researchers observed around 100 of the animals feasting away. On a return trip in 2019, they counted up to 150 fin whales chowing down krill at the same location.

Increasing whale numbers benefit an ocean ecosystem because, as they eat, the animals release iron in their poop, which can fuel the growth of phytoplankton or microalgae that are a food source for the krill. Greater populations of whales also benefit the climate because the algae absorb CO2 from the atmosphere as they photosynthesize.

Following the research, the International Union for Conservation of Nature has upgraded the southern fin whales’ status to “vulnerable,” but the animals still face threats from ship strikes, warming waters, or getting entangled in fishing gear. But an undeniable takeaway is that conservation efforts can and do work.

The findings were published in the journal Scientific Reports.