How Golfers Can “Eat Their Greens”

Scientists: Focus More on Methane to Win Against Climate Change

Efforts to prevent catastrophic global warming have focused on eliminating carbon dioxide emissions or at least making significant reductions in them. But a new study says that won’t be enough and that we also need to cut methane and other overlooked pollutants. If we do, research from the Institute for Governance and Sustainable Development shows we can reduce the rate of global warming in half by 2050, giving Earth a fighting chance to avoid the risk of irreversible impacts like increasing heatwaves, droughts, superstorms, and wildfires. 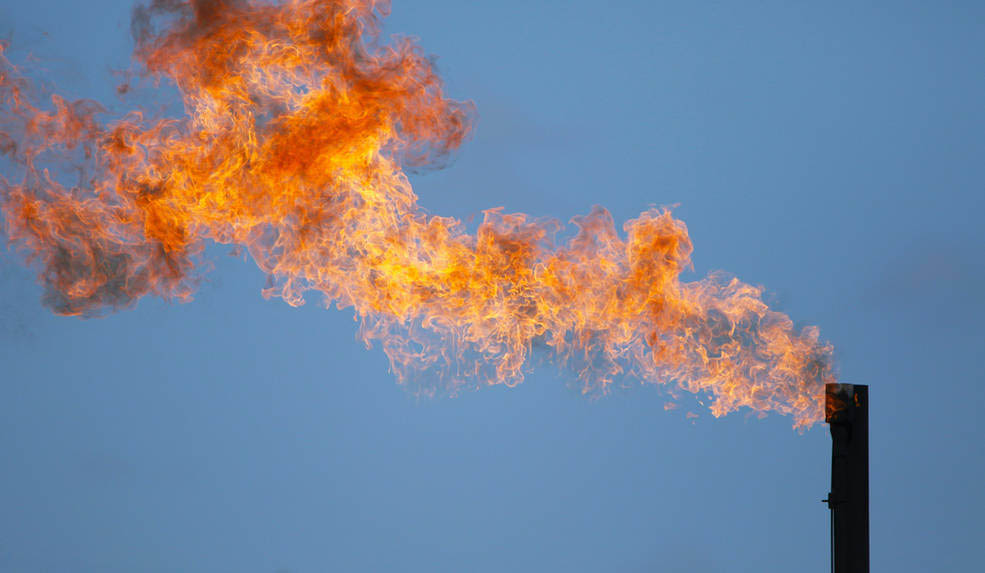 An author of the study, Drew Shindell, said that in addition to methane, the other pollutants that must be cut are: nitrous oxide, which is emitted by burning fossil fuels, solid waste, and agricultural practices as well as during wastewater treatment; black carbon soot from burning coal-fired power plants, vehicle engines, and industry; hydrofluorocarbons used for cooling and refrigeration; and low-level ozone. All of these emissions contribute to warming as much as the longer-lived carbon dioxide.

The Guardian reports that methane emissions have been soaring in recent years because of leaks from oil and gas operations and intensive livestock rearing. Methane is 80 times more powerful than CO2 in warming, even though it degrades in the atmosphere much quicker. Reducing methane offers a fast way to decrease global heating while longer term cuts to carbon are implemented.

Dr. Gabrielle Dreyfus, lead author of the paper said that their study is an optimistic message because we have low- or no-cost strategies available that can slow global warming in the critical near term. The researchers said that non-CO2 pollutants had been largely neglected by both scientists and policy makers in the effort to combat climate change.

The paper was published in the Proceedings of the National Academy of Sciences.

Recently, a library in a small New Hampshire town was planning to have a fundraising plant sale but had to cancel the event because of an invasive species—the Asian jumping worm. 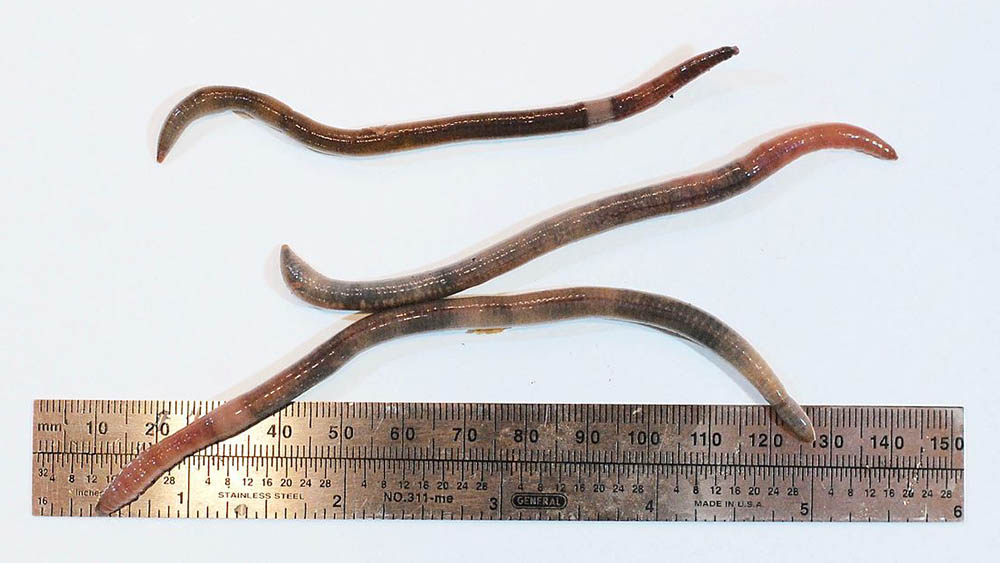 The jumping worms (Amynthas agrestis) are native to Japan and the Korean peninsula, and the Guardian reports they may have made their way to North America through imported landscape plants. They were first detected in Wisconsin in 2013 and have spread fast across the East Coast. They have recently been found to be spreading in Iowa, and Kansas. They have now been spotted in California, and the state’s Department of Food and Agriculture says the worms pose a huge threat not only to forests but also to residential gardens.

The worms can grow up to eight inches long and can leap a foot in the air. According to the U.S. Forest Service, they destroy forests because of the speed at which they devour fallen leaves that create soil. The worms can consume the leaf litter on the ground in as little as two years, destroying habitat for small animals and birds. When caught, the worms thrash around and behave like threatened snakes and can even shed their tails. The worms can reproduce without mating and lay eggs that look like soil.

To control the spread of the worms, the Cornell Cooperative Extension recommends, among other treatments, pouring a mixture of water and ground yellow mustard on the soil. That forces the worms to surface where they can be placed in a bag and thrown away.

The Great Green Wall in Africa Has Hit a Wall

Earlier this month, the UN held a two-week summit in Côte d’Ivoire, Africa, on combating desertification, the process in which fertile land becomes desert because of drought, overgrazing, and climate change. The problem is severe in Africa where up to 45 percent of the land is impacted—worse than any other continent. Topping the conference agenda was the Great Green Wall, an ambitious project spearheaded by the African Union and funded by the World Bank, the European Union, and the United Nations to plant billions of trees across 8,000 kilometers in the Sahel region from Senegal on the Atlantic Ocean to Eritrea, Ethiopia, and Djibouti in the east, to stop the Sahara Desert from spreading southward. Started in 2005, the hope was that the program would create millions of green jobs and sequester hundreds of millions of tons of carbon dioxide from the atmosphere.

But as the Associated Press reports, the Great Green Wall has hit a wall. Just under ten million acres have been afforested—about four percent of the total goal—due to financial problems, the pandemic, and rising threats from terrorist groups like al-Qaida and the Islamic State in Burkina Faso. Also, climate change, which the program was meant to combat, is winning. Temperatures are rising 1.5 times faster in the Sahel than the global average and declining rainfall makes restoring vegetation a challenge.

But while supporters are somewhat discouraged, the conference did result in new financial commitments and ideas. One initiative is to create markets for unique food and medicinal products sustainably grown in the region to not only save its biodiversity and reinvigorate the project but also help local communities thrive.

Eating Veggies Is Par for This Golf Course

Golf courses are criticized as being water hogs and using lots of chemicals to keep grass green. While they do offer open space, it’s often used by a few people at a time. The industry is trying to make the sport more sustainable—some clubs are irrigating with recycled water or using electric mowers instead of gas ones. But for owners of a club opening in the UK, a truly green course should be edible. 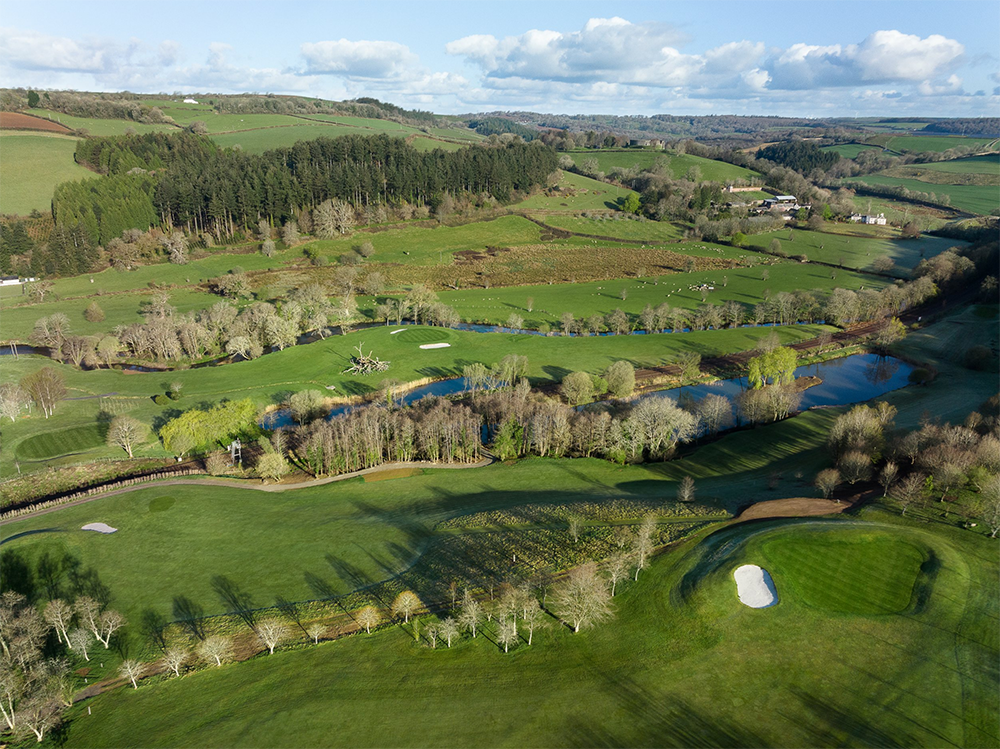 The course at Gillyflower Golf Club in Cornwall, UK

The Gillyflower Golf Club in Cornwall in the southwest tip of England, will open June 3 and the links will be surrounded by orchards with nut and fruit trees as well as plots of vegetables. The project is a restoration of an old course that closed in 2014.

The fairways will be ringed with edible crops or plants that attract wildlife. Its first hole, for example, is a kitchen garden growing rare varieties of bean, asparagus, shallot, and rhubarb. Apple trees along the course will be used to make cider and cherries will be made into liqueur. In the future, players will be able to tee off near a plantation growing tea leaves.

The owners say hedges and rough areas will be wildlife habitats and pigs are being raised on site to keep undergrowth in check. The course director told the Guardian that golfers might be frustrated by losing a ball in the brush but the owners hope players will like adding a “dash of risk” to their game.

And the course might be the start of a trend that sees golf as a way to “eat your greens.”