How Aspirin Can Fight the Pain of Climate Change

Sprinklers Save Sequoias, but Other Trees Are Not So Fortunate

Giant sequoia trees were threatened last week, as the Washburn Fire in Yosemite National Park burned more than 4,700 acres. Efforts to protect the trees—one of the largest living organisms on Earth and as tall as a 30-story building—were successful after decades of planning by the National Park Service, which included controlled burns to reduce fuel such as dead branches and leaves. 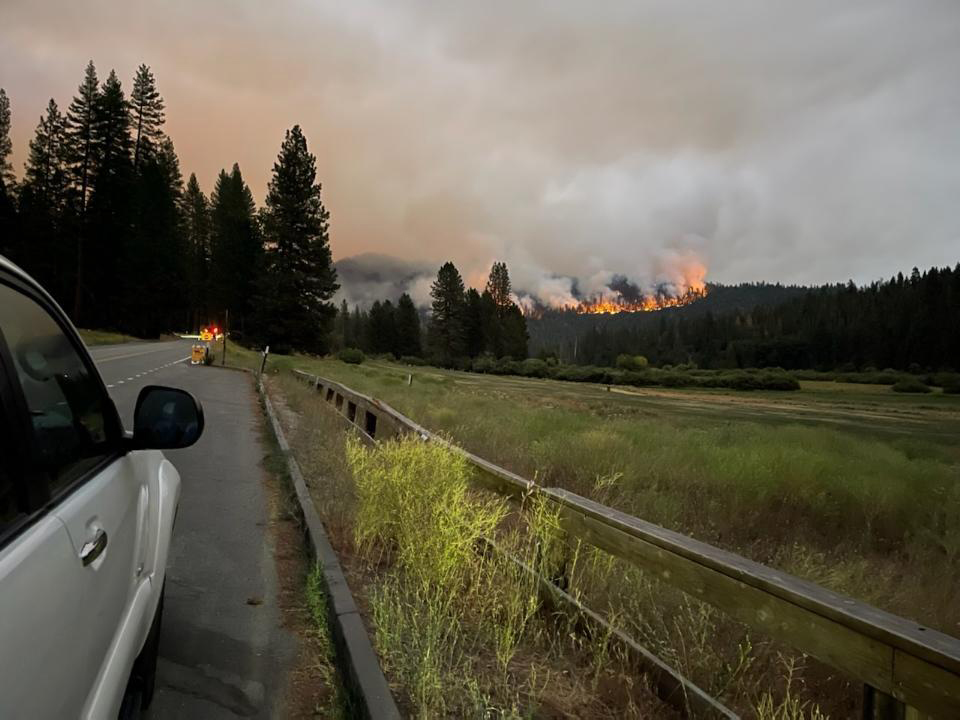 Smoke rises above a meadow on the Washburn Fire | Credit: NPS

According to Scientific American, the cellular structure of the sequoias makes them effective in pulling in water and transmitting it up high into the canopy, so they are able to withstand drought and wildfire better than other trees. Trunks can tolerate some heat and scorching, but if flames get to the crown, the whole tree could be consumed.

The Atlantic reports the fire did reach the grove of the ancient giants, but firefighters were able to steer it away. Some of the trees had been wrapped in fire-resistant foil and one of the sequoias, the Grizzly Giant—estimated to be about 2,700 years old—was protected by a sprinkler system. However, most forests in California aren’t managed as carefully as the Mariposa Grove.

Giant sequoias exist in just 70 groves scattered along the western slopes of California’s Sierra Nevada. In 1864, President Lincoln set aside the Grizzly Giant and its grove to be federally protected. While the giant sequoias are iconic, they take up a small amount of the California landscape. As of last reports, the Washburn fire was continuing to burn parts of the Sierra National Forest.

Things aren’t going as well for other trees in the state. A study released last week shows that new trees are not filling the void left by wildfires, drought, and logging in California’s mountain ranges and open spaces. According to the study from the University of California, Irvine, since 1985, tree cover has declined nearly seven percent statewide with southern California suffering about twice that loss.

California is banking on forests as part of its climate strategy to help reduce CO2 in the atmosphere, but as tree cover declines and land converts to shrub and grassland, the authors say the state’s carbon storing ability will be diminished.

The study was published in AGU Advances.

Worming Our Way to a Climate Change Solution

Dairy farms create a lot of waste containing harmful chemicals that contaminate groundwater. But one operation in Washington state is reducing its pollution by using worms—millions of them. The Royal Dairy farm produces more than one million gallons of milk every month and uses half a million gallons of water per day to wash out barns. 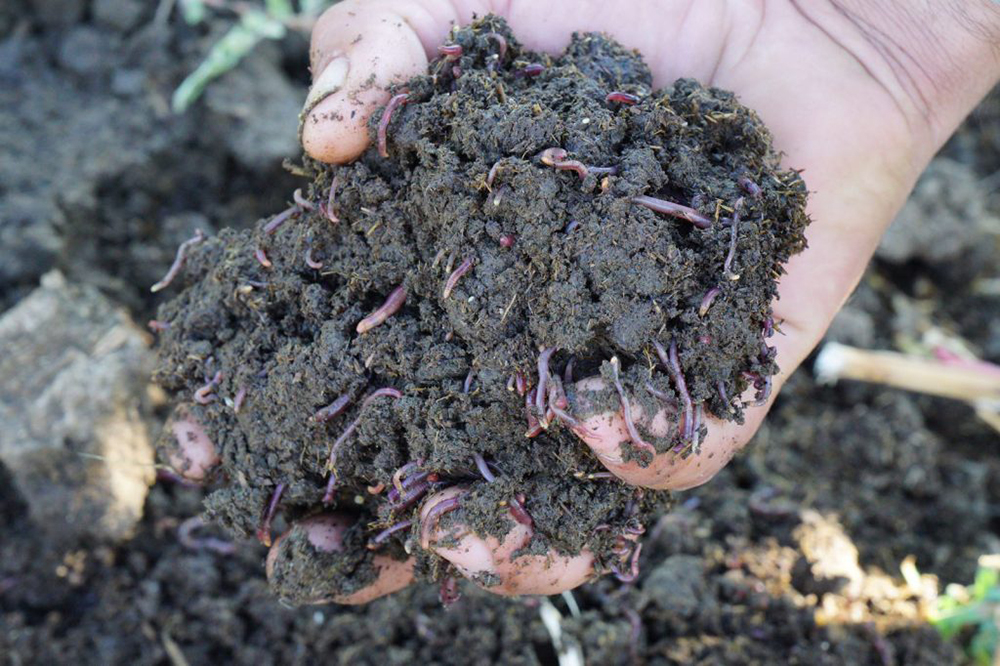 But before the water leaves the farm, it's cleaned in a process called vermifiltration, where worms living in a bedding of wood chips and rocks chow down on the wastewater to remove nitrate, nitrogen, and other chemicals. After the worms have cleaned it, the water is collected to irrigate 3,500 acres of crops that are fed to the cows. In addition, the worms’ poop contains premium plant nutrients and organic soil supplements that are sold to landscapers and growers.

Inside Climate News reports that some scientists say the method could reduce greenhouse gas emissions from dairy farms by preventing the production of the methane. And, it could replace manure digesters used in some dairy and cattle operations that capture methane and sell it as a source of fuel.

Aspirin Helps Plants Handle the Pain of Drought of Heat

“Take two aspirin and call me in the morning” could be advice a doctor gives to a patient—or to a plant stressed by drought or heat. 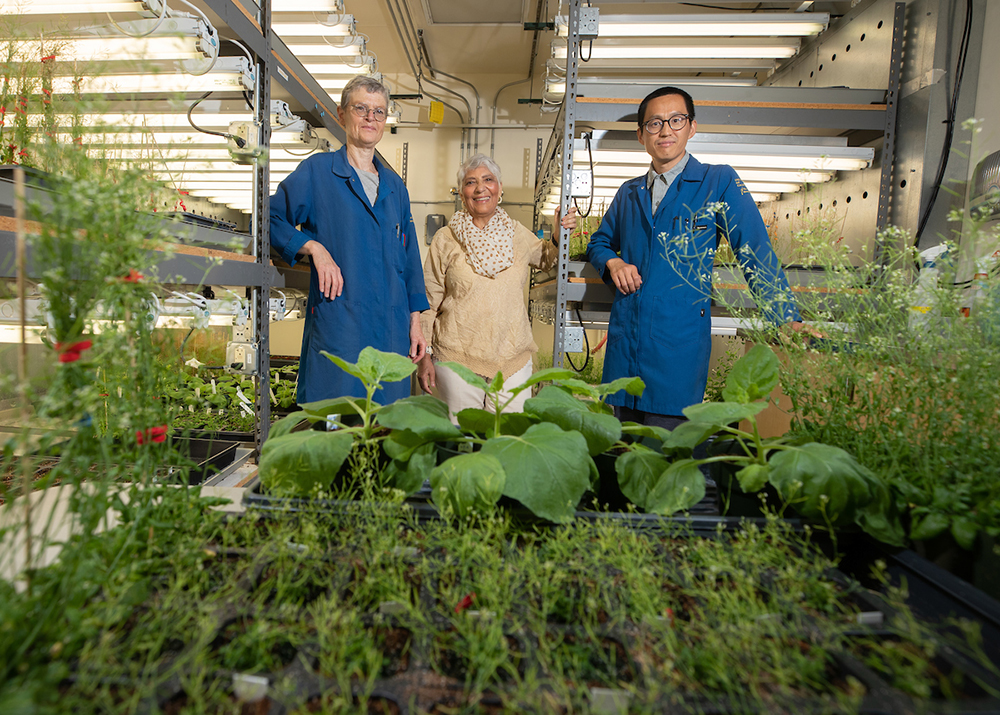 All living organisms respond to stressors in their environment by producing chemicals called reactive oxygen species or ROS. It’s kind of like a 911 call to take action. When some plants need to protect themselves from insects, high temperatures, or water stress, their ROS chemicals produce salicylic acid, also known as aspirin. While the ability of plants to make aspirin has been known, researchers at the University of California, Riverside, wanted to understand how they do it to perhaps apply the knowledge to protect crops grown for food.

In an experiment, they exposed a novel plant known as Arabidopsis to heat, unrelenting sunshine, and drought. Its cells responded by generating an alarm ROS molecule known as MEcPP, which in turn triggered a chain of defensive actions in the cells, including the production of salicylic acid to protect chloroplasts, the place where photosynthesis happens.

We rely on plants not only for food, but also for cleaning our air, sequestering carbon, providing shade, and creating habitat for animals. Because stressors like heat and drought will become more prevalent with climate change, the researchers say boosting plants’ ability to produce aspirin could help them—and us—weather the pains of a warming world.

The paper was published in the journal Science Advances.

You Can Get Crabby About This Whiskey

European green crabs (Carcinas maenas) arrived on U.S. shores about 200 years ago in ballast water of merchant ships, and centuries later, are now considered one of the most invasive species in the marine environment. The green crabs destroy seagrass and outcompete native species for food and habitat. They have few predators, are voracious eaters of native shellfish—and lucky for them—thrive in warming waters brought on by climate change. 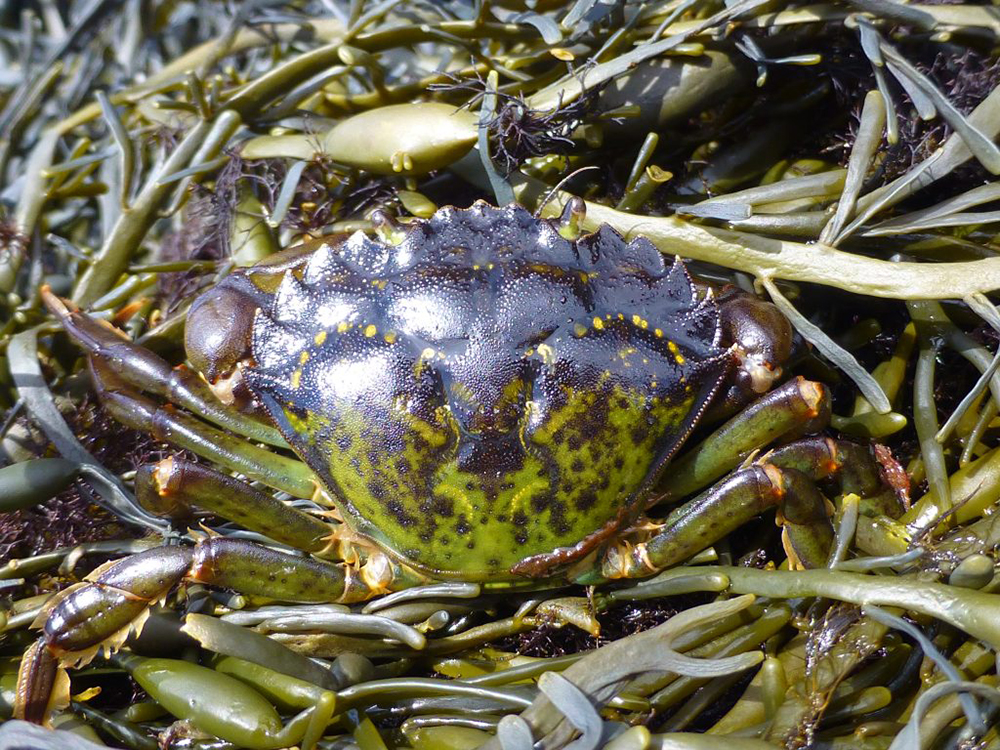 Although eradicating the little monsters is challenging, one company’s answer is to…drink them. A distillery in New Hampshire is fighting the good fight by turning the green crabs into whiskey. Tamworth Distilling teamed up with the University of New Hampshire's NH Green Crab Project to develop the “House of Tamworth Crab Trapper”—a whiskey flavored with the little varmints, aged bourbon, and an array of spices.

The 92-proof whiskey sells for $65 a bottle—and will put a dent in your wallet faster than the crab population—but the idea is to raise awareness about the menace and hopefully inspire other creative solutions.