How a Town Survived Hurricane Ian Without a Scratch

In an effort to conserve, some major California water agencies have offered to cut back the allocation they get from the Colorado River by almost ten percent. The river system is in crisis, not only from periodic drought but also from aridification—the drying and warming of the Southwest from climate change. 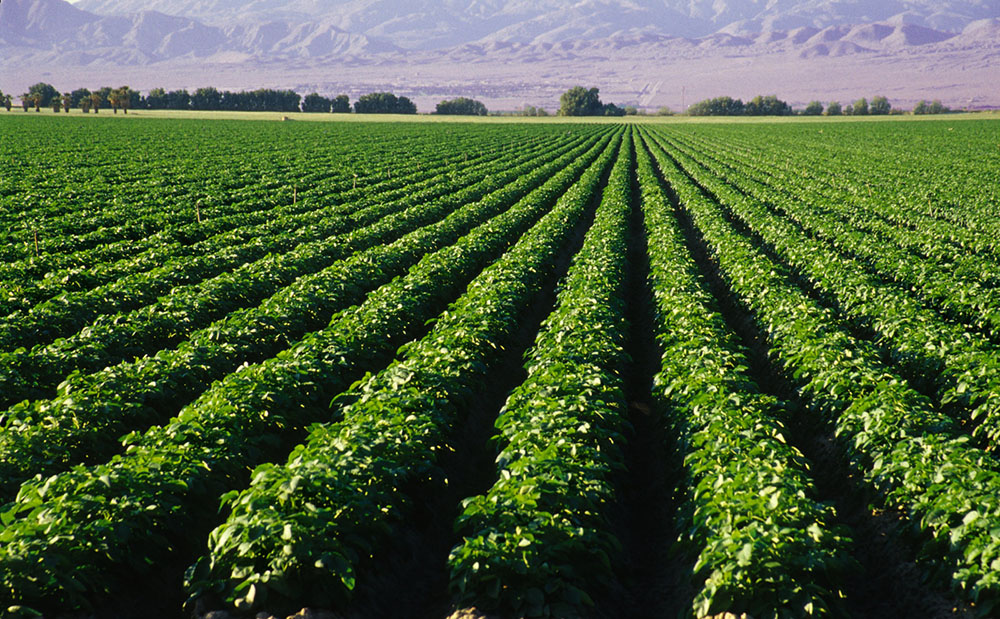 California’s conservation offer comes months after the federal government required the seven states that rely on the Colorado River to cut two- to four-million acre-feet to keep the system from collapsing, which could result in no water running through Hoover Dam to reach Californians. The agencies’ offer would amount to 400,000 acre-feet savings or only about one-fifth of the lowest cuts the Bureau of Reclamation is requiring.

Still, for the state that gets the most water from the Colorado River, the move by California is a step in the right direction, at least according to some. Becky Mitchell of the Colorado Water Conservation Board told the Colorado Sun that they applaud California’s intention to conserve water, and Jim Lochhead head of Denver Water said it was a good-faith overture to begin discussions.

The states in the Upper Basin of the river—Colorado, Wyoming, Utah, and New Mexico—had said they would continue their conservation efforts; however, until now California, Arizona, and Nevada—the states that make up the Lower Basin—had not offered plans to conserve, despite the federal government’s insistence.

One of the agencies participating in the offer is the Imperial Irrigation District in the Southern California desert, which gets more water than any other entity from the Colorado River. The area grows crops on about half a million acres, supplying vegetables to grocery stores and alfalfa for animal feed. The other agencies involved include the Metropolitan Water District of Southern California, Coachella Valley Water District, and Palo Verde Irrigation District. They said in a letter to the federal government that they hope to boost levels in the country’s largest reservoir, Lake Mead.

Digital currencies use huge amounts of energy. In 2020 alone, Bitcoin transactions used as much electricity as the countries of Portugal or Austria. They also use water to cool computers. New research shows that Bitcoin is polluting and damaging to the climate—even more than the beef industry and almost as much as gasoline. 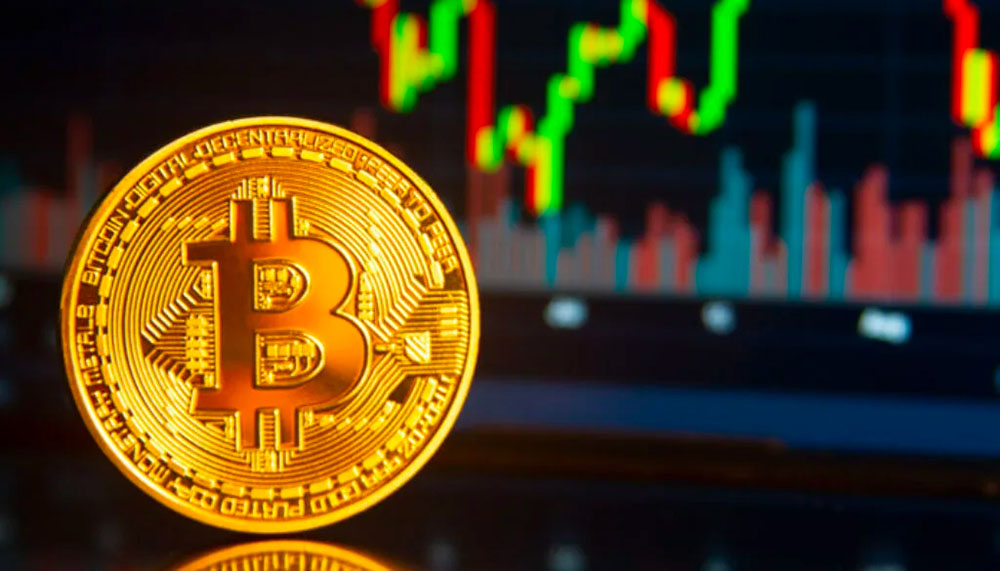 Bitcoin mining is a method of verifying digital currency and it uses many computers to solve math problems—with the fastest winning Bitcoins. So those with powerful, electricity-hungry computers increase their chances of success.

The study done by scientists at the University of New Mexico looked at the social cost of carbon, which estimates the economic impact of emitting CO2 into the atmosphere. They found that in the five-year period ending in 2021, for each dollar of Bitcoin market value, there was 35 cents of climate damage—a little less than crude oil for gas and a little more than beef production.

What’s worse, the researchers also showed how the climate damages from a cryptocurrency transaction are increasing—and sometimes exceeding—the price of each Bitcoin created. Even if the industry used a much higher proportion of renewable energy rather than fossil fuels for its electricity, there would still be large damage to the climate.

In addition, Popular Science magazine describes how the impact of cryptocurrency is not only from emissions but also from the computer hardware and electronic waste. The computer chips become obsolete and trashed in 18 months, resulting in each Bitcoin transaction creating the equivalent of almost two-and-one-half iPhones. They can leach toxic materials into groundwater, or if they are incinerated, release chemicals into the air.

According to the new study’s authors, Bitcoin is not the “digital gold” as proponents say but rather more like a “digital crude.”

The study was published in Scientific Reports.

When Hurricane Ian made landfall on September 28 in Fort Myers, Florida as a Category 4 hurricane, its ferocious winds and record-breaking surge destroyed homes and businesses and knocked out power to more than 2.6 million customers in the state. But just under 20 miles away, barely a roof shingle was out of place and homes had their lights on. 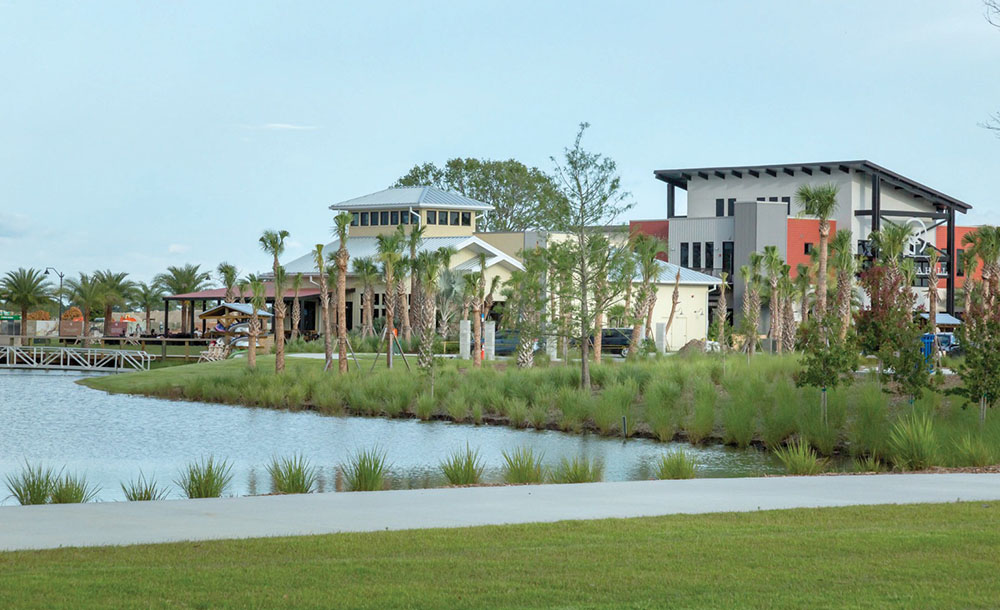 The 4,600 residents of Babcock Ranch, which bills itself as "America's first solar-powered town,” rode out the storm without losing electricity or sustaining significant damage. The planned community, powered by 700,000 solar panels, was developed with a focus on sustainability and climate resiliency. Streets lined with native plants were designed to absorb stormwaters and large retaining ponds protect houses from flooding. Power and internet lines are buried to avoid wind damage.

As CleanTechnica writes, Babcock Ranch is the vision of former NFL player Syd Kitson, who immediately after purchasing the property sold 73,000 acres to the state of Florida for a wildlife preserve and donated 440 acres to Florida Power & Light for a solar plant, the excess energy of which is fed back into the grid for nearby communities.

Residents aren’t bragging—they’re getting supplies to those less fortunate. The field house at Babcock High School, which was designed to double as a storm shelter, is housing people from hard-hit areas.

Worm’s Saliva Is Kryptonite to Polyethylene

Polyethylene is the most widely used plastic in the world and found in food wrap and shopping bags to pipes and detergent bottles. It’s also abundant in our oceans and landfills, where it’s slow to break down—unless it comes in contact with the humble wax worm. 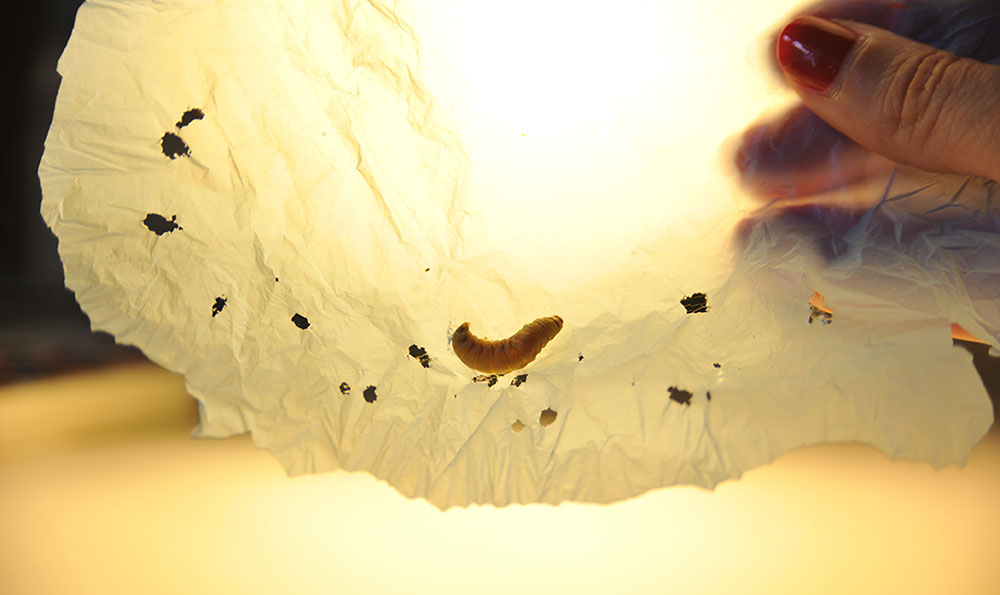 Wax worms (Galleria mellonella) are moth larvae that eat wax bees use to build their honeycombs, and it seems their saliva is polyethylene’s Kryptonite. Researchers in Spain made the initial discovery by accident in 2017, when one of them was collecting wax worms attacking their honey bee hive. She explained in a TED Talk that she put the worms in a plastic bag, and a bit later, saw there were holes in it.

When she and her team confirmed that the worms were indeed degrading the plastic, they weren’t sure how. Most polyethylene is broken down mechanically through oxidation using high heat and UV light. But they found the humble worm’s drool was doing the job at room temperature in about an hour.

Unleashing zillions of worms on the tons of plastic plaguing the planet would be problematic. Lead researcher (and beekeeper) Federica Bertocchini of the Spanish National Research Council (CSIC), told Reuters that the critters would generate too much CO2 as they metabolized the polyethylene. So instead, the researchers were able to produce a synthetic version of the enzymes and hope their discovery could be applied at-scale to waste treatment plants or used to develop kits that would allow people to recycle plastic at home.

The research was published in the journal Nature Communications.