Denver Is Using Its Sewage to Fight Climate Change

On Earth Day last week, President Biden signed an executive order aimed at restoring national forests devastated by drought, wildfires, and blight. Federal land managers will first define what constitutes mature and old-growth forests and then inventory them. They will also identify threats, including fire and climate change, with a goal of ending natural forest loss by 2030. 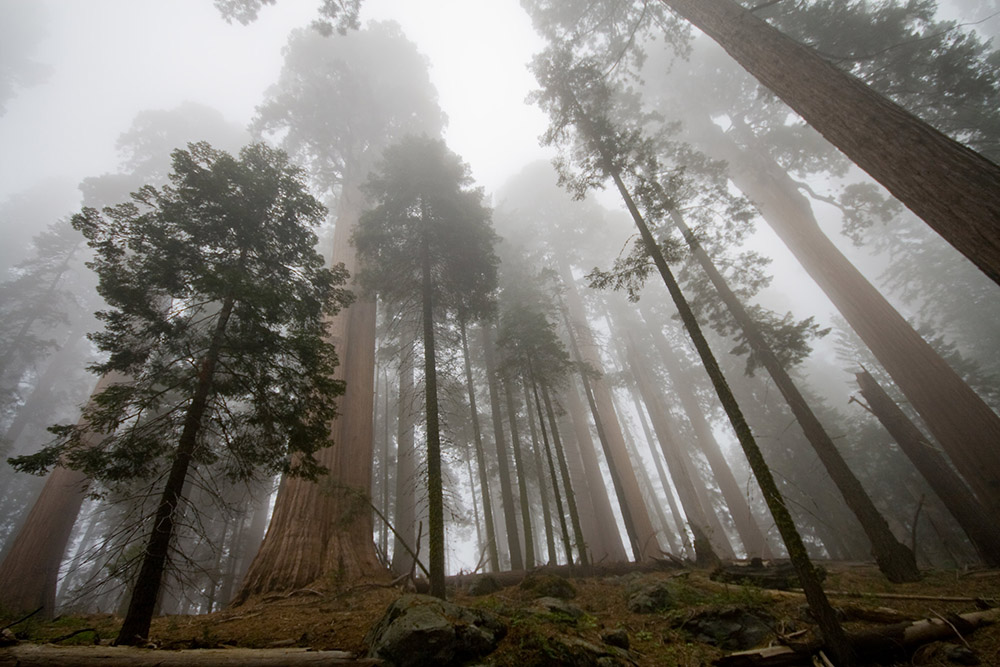 The Washington Post reports that experts may argue over what counts as a mature tree because species grow at widely varying rates in different regions, which makes it difficult to agree on a set number of years.

Old-growth trees, including redwoods in California, absorb much CO2 and other greenhouse gases that cause global warming. A recent study of national forests in the Northwest showed that just three percent of the largest trees stored more than 40 percent of the carbon above ground. However, Biden’s order does not ban the logging of old growth or mature trees. The day before his announcement, more than 130 climate scientists wrote to the president urging him to protect those forests.

The Biden administration announced a $6 billion program to help the struggling nuclear power industry, as a part of its goal to transition to clean energy by 2035. The U.S. has the largest nuclear power plant fleet in the world, with 55 facilities operating in 28 states. The industry generates 20 percent of the nation’s energy.

The Indian Point Nuclear Power Plant on the Hudson River in New York was shuttered in April 2021. | Credit: Daniel Case

However, nuclear power has had difficulty competing with cheaper alternatives like natural gas and the falling cost of renewables such as wind and solar. Twelve U.S. nuclear power reactors have permanently closed since 2012 and another seven retirements have been announced through 2025. But the Biden administration wants to prevent premature closures, saying nuclear is a zero-emission clean energy source and vital in combating climate change. The industry already supplies 50 percent of low-carbon energy in the U.S., and if plants were decommissioned, they warn they would likely be replaced with fossil fuels.

Nuclear energy is not without environmental risks. There are emissions associated with the continuous mining and refining of uranium needed for the plants. Also, the process generates dangerous radioactive waste, which needs to be safely stored, and if leaked, could damage water supplies and ecosystems. Given that many of these faculties were built over 30 to 50 years ago, there is a risk of meltdowns. Another threat is that uranium could be enriched or that plutonium from uranium fuel rods could be harvested to make nuclear weapons. However, proponents argue the clock is ticking and we must enlist nuclear to decarbonize as fast as possible, adding that it’s reliable and operates whether the sun is shining or the wind is blowing.

Even some environmental groups have called nuclear power the lesser of two evils as we move away from fossil fuels, adding that it could help meet the country's energy needs while we transition fully to clean sources.

Climate Change Could Lead to Larger Populations of Smaller Bees

Along with other insects, native bees are essential pollinators for many crops we depend on, such as berries, apples, cherries, and beans. While European honeybees attract much attention, there are hundreds of other species that are crucial. 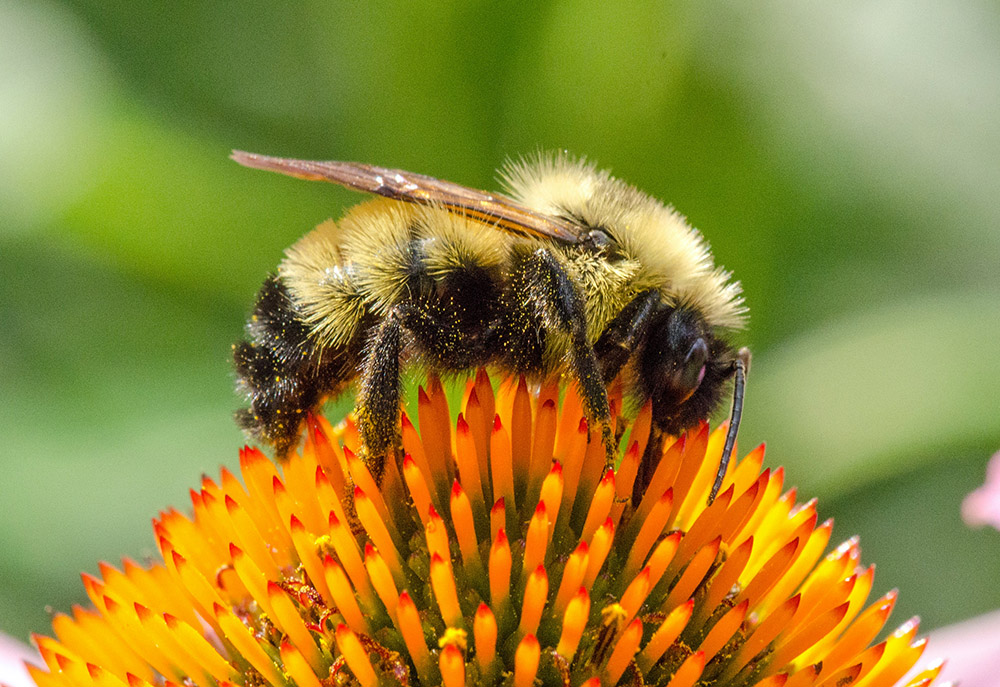 Climate change is leading to declines in the abundance of some species while increasing populations of others. New research examined over 150 species of bees in the Rocky Mountains and found that larger ones like bumblebees are not adapting as well to global warming compared to smaller ones.

The authors said that their findings suggest climate-induced changes in temperature, snowpack, and summer precipitation may drastically reshape bee communities. Gabriella Pardee of the University of Texas, Austin, told the online magazine Inverse that smaller-bodied and solitary bee populations will likely grow.

Bumblebees, which are larger and live in hives above the ground, are the dominant pollinators in many ecosystems and don’t tolerate hotter temperatures as well as others. The bigger bees tend to fly farther for food and their decline may mean a reduction in longer-distance pollination. However, 70 percent of all bee species live in the soil, some being solitary, and these smaller-sized species are important pollinators of spring crops. It’s possible the increase in smaller bees could offset the decline of the bumblebee; however, Pardee said that’s only speculation at this time.

The researchers collected bee specimens over an eight-year period in the Rocky Mountains, studying body size, nesting, and diet of over 150 different species. According to Pardee, planting a variety of native plants that are heat or drought tolerant will provide food for bees as temperatures continue to increase.

The study was published in the Proceedings of the Royal Society B.

Denver Has Launched the Largest Sewer-Heat Recovery System in the U.S.

Unbeknownst to residents of Denver, Colorado, the hot water they send down the drain from showering, doing dishes, or washing clothes will now help heat and cool a development on the north side of the city. The National Western Center is a remodel of the National Western Stock Show and Rodeo campus into a hub for art, education, and agriculture, and last week it launched the largest wastewater heat recovery system in the country. 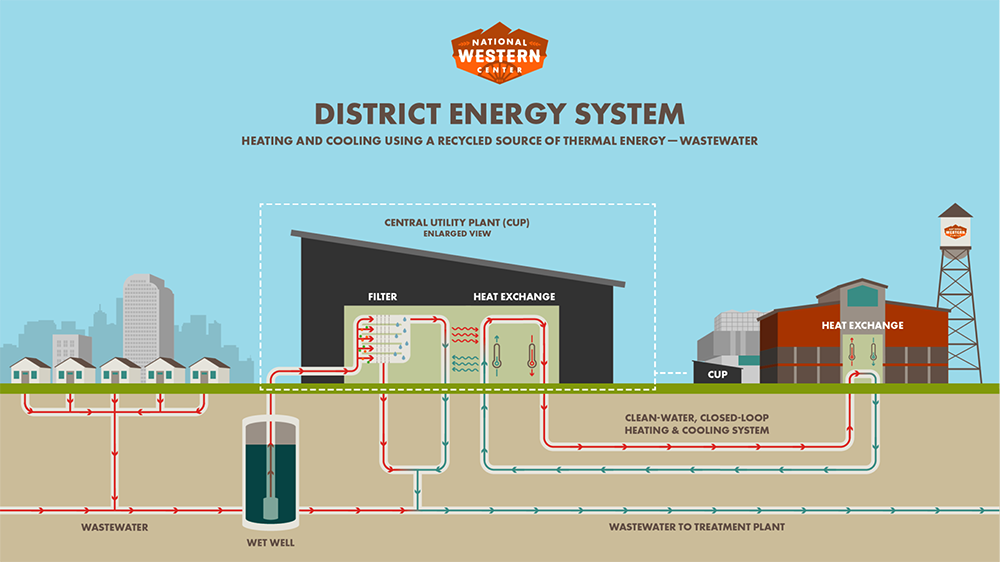 As sewer water travels along a pipe, it maintains a relatively constant temperature all year round. In the new National Western system, a heat pump captures the warmth of the wastewater and transfers that energy to a clean water distribution pipe that powers heating and cooling equipment in the buildings. It's a closed-loop system, so the wastewater never touches the clean water and eventually flows back into the sewer. And in case you’re wondering—no, it does not smell like sewage.

The National Western Center will source nearly 90 percent of its heating and cooling from the system rather than burning fossil fuels. They estimate the 250-acre campus will avoid emitting around 2,600 metric tons of carbon (CO2) per year into the atmosphere. That’s the equivalent of eliminating 6.6 million vehicle passenger miles driven in Denver annually—resulting in better air quality and health for the surrounding neighborhoods.