Can We Worm Our Way Out of Our Plastic Pollution Problem?

To honor both National Ocean Month and World Ocean Day on June 8, the Biden administration announced several initiatives geared toward conservation. One is to create a new marine sanctuary in the Hudson Canyon about 100 miles off the coast of New Jersey and New York that rivals the Grand Canyon in scale. The administration called it an ecological hotspot that provides habitat for sperm whales, sea turtles, and other endangered species including cold-water coral. 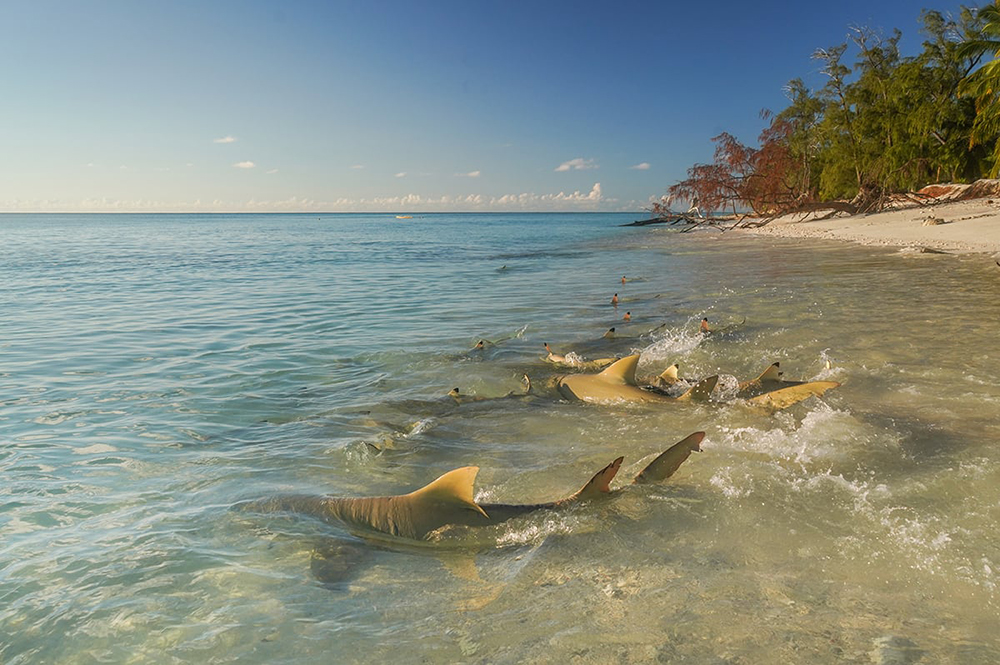 Christophe Mason-Parker of the UK won second place in the UN World Oceans Day photo competition with his photo of lemon sharks and blacktip reef sharks in the shallow waters of Aldabra atoll in the Republic of Seychelles. A UNESCO World Heritage Site since 1982, Aldabra is a shining example of the effect that 40 years of protection can have on biodiversity.

According to the Wildlife Conservation Society, which nominated the Hudson Canyon, there are currently 15 sanctuaries in the national network from the Olympic Coast in the Northwest to the Great Lakes and the Florida Keys. They are managed by NOAA and seek to preserve valuable ecosystems and historical resources.

The New York Times reports that the creation of the new marine sanctuary would make it off-limits to oil and gas drilling; however, some environmentalists question the effectiveness of the sanctuary system because it is underfunded and can fail to protect wildlife. And some sites allow bottom trawling that endangers sea life.

The White House also announced plans to phase out single-use plastics at National Parks and public lands by 2032, following up on President Obama’s effort to do the same, which President Trump had reversed. The Interior Department will find compostable or biodegradable alternatives to reduce the tons of plastic that wind up in the ocean. National Parks Traveler reports that plastic accounts for 90 percent of the trash floating in oceans and littering shores. Recently at Biscayne National Park in Florida, staff and volunteers removed more than 30,000 pounds of debris from sea turtle nesting areas and shoreline habitat.

The administration also said it will develop a first-ever Ocean Climate Action Plan that will coordinate efforts to adapt to and mitigate the climate crisis, such as green shipping and marine carbon storage.

“Superworms” Munch Plastics and Could Lead to Upcycling

In some encouraging news about the plague of plastic pollution, scientists have found that the larvae of a type of beetle (Zophobas morio), commonly called a “superworm” can digest and survive on a diet of polystyrene, a material commonly used in food containers, car parts, and insulation. Researchers at the University of Queensland think that the worms have an enzyme in their guts that breaks down common plastics, but instead of unleashing the worms on piles of waste they hope to identify the enzyme and then use it in a recycling process. The beetle larvae first crunch the plastic foam by chewing it, and then their gut microbes go to work. Earlier research had shown that some beetle larvae consume plastic, and these new findings help understand how bacteria in the worm’s gut function on the material. 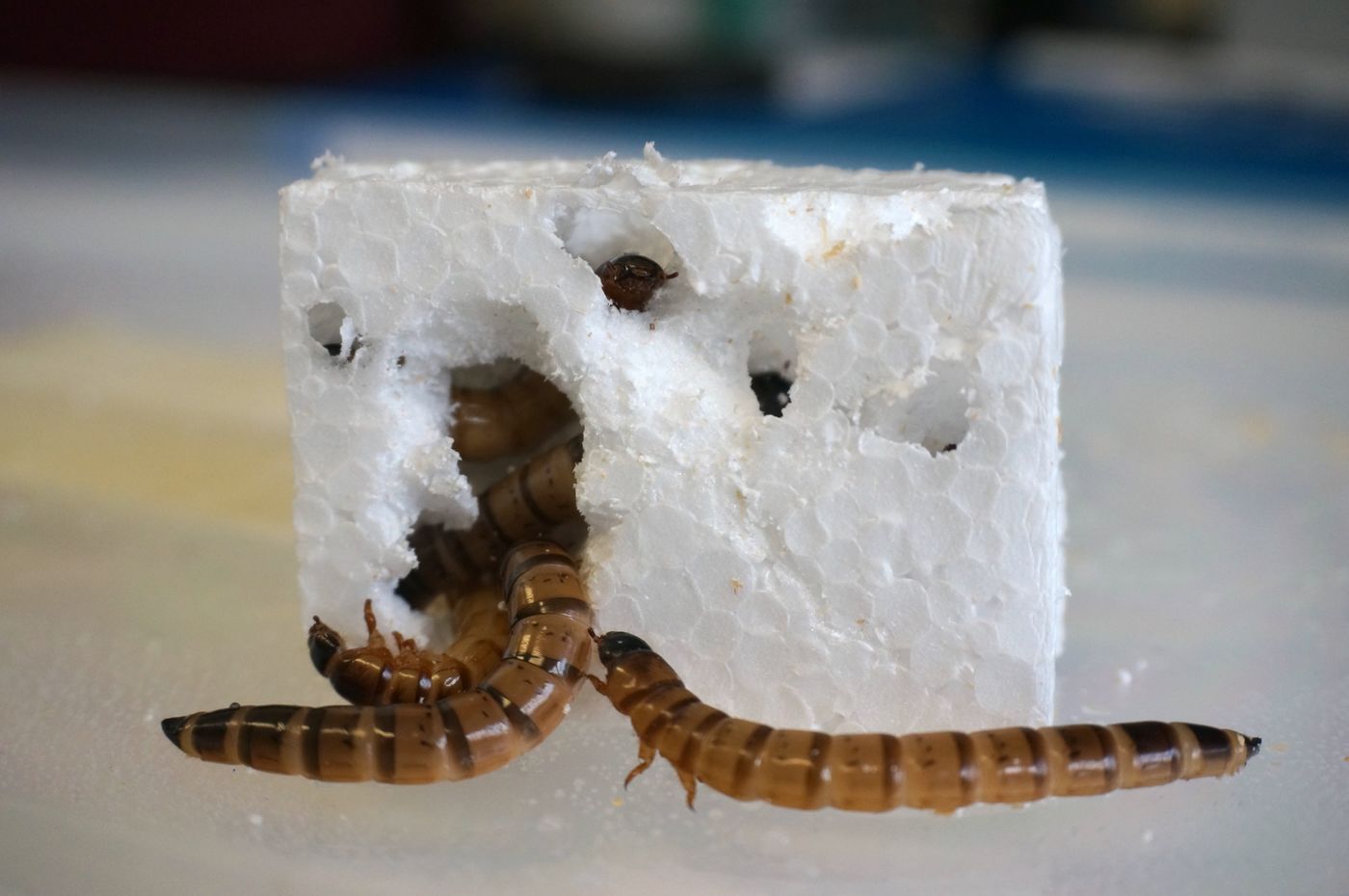 A co-author of the study said that the microbes could be the basis of an upcycling process in which other bioplastics or chemical compounds are created. However, the Australian Broadcasting Company reports there could be problems with the worm enzyme process, such as the creation of toxic compounds, prompting some to call for banning the plastic, not just in food containers, but also in buildings, medical supplies, and packaging. According to the Sierra Club, in the U.S. there are already bans on plastic containers for food items in various places such as Chicago, San Francisco, Vermont, New York, and many municipalities in Massachusetts. A ban in Los Angeles County goes into effect next year.

The study was published in the journal Microbial Genomics.

The Great Salt Lake in Utah is a ticking time bomb of environmental disaster. Climate change and population growth have caused the water body to shrink by two-thirds since the 1980s, USGS survey data show. Last summer, the water level reached its lowest point on record and could fall further this year. And, as the lakebed becomes exposed, winds could send a toxic cloud of arsenic over nearby Salt Lake City.

Satellite images of the Great Salt Lake in September 1987 (l) and May 2021 (r). The lack of outlets means the lake responds dramatically to change in inflow. Rainy weather beginning in 1982 brought the highest levels in recorded history, peaking in June 1986 and March–April 1987. By 2016, years of drought and increased water use brought the lake to record low levels. | Credit: USGS

The dwindling lake is also becoming saltier, which will affect aquatic species that millions of migratory birds depend on for food. The Great Salt Lake has been historically fed by snowmelt from the Wasatch range to the east, but global warming is reducing precipitation and increasing evaporation. Also, too much of the runoff is being diverted to agriculture and to area residents who enjoy some of the lowest water rates in the country. As the New York Times reports, demand could outstrip supply in Salt Lake City by 2040.

Utah state lawmakers have recently required cities and towns to include water in long-term planning but rejected water-efficiency measures such as low flow fixtures that could have a more immediate impact.

As the drought deepens in the West, residents in Southern California are not conserving enough. According to data released last week from the State Water Resources Control Board, cities and towns in the South Coast hydrologic region—an area that includes Los Angeles and more than half the state’s population—used 25.6 percent more water in April than in April 2020, the first year of the current drought. 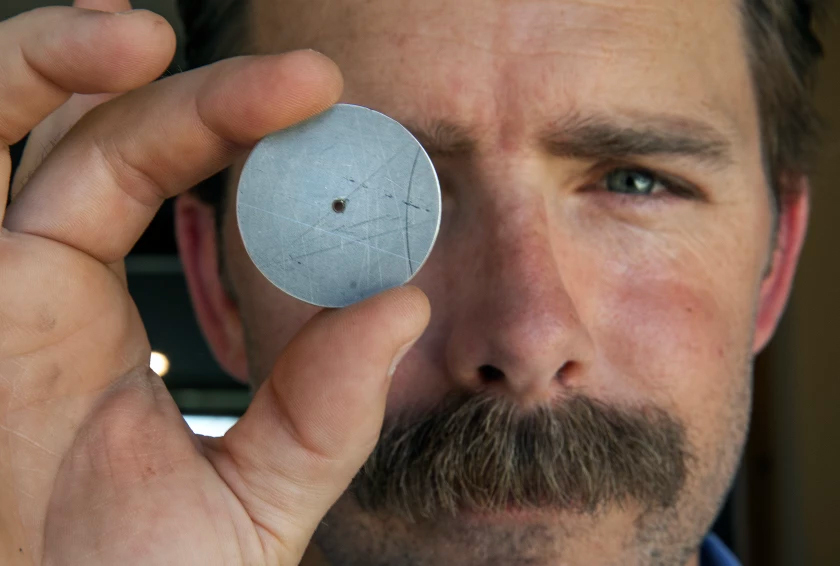 Much of the consumption can be tied to lush landscapes as outdoor watering can account for around 70 percent of total use. So, in response, a utility in the western part of LA County finally put its foot down. Managers at the Las Virgenes Municipal Water District, which serves 75,000 residents and relies on imported water from Northern California, have installed flow restrictors at main shutoff valves for customers who’ve been warned they’re exceeding conservation recommendations. The district says the devices—metal discs about the size of a silver dollar with a hole in it— will reduce flows from 30 gallons per minute to less than one. According to the Los Angeles Times, the district is also one of the top water users in the state, with customers using an average of 205 gallons per person per day, far off their target of 80 gallons.

The Times reports that the flow restrictors are being implemented for customers who have not reduced their water usage from December 2021 and have exceeded 150 percent of their monthly water budgets at least four times. The discs won’t cause a huge change in the water pressure for showers or sinks, but sprinklers will only spit out a trickle. The district says devices for offenders will be in place for two weeks and aren’t meant to be punitive but rather to raise awareness about historic drought conditions. Any tampering with the flow restrictors will result in a $2,500 fine.

Hot, Hot, Hot—But Maybe Not Hot Enough for Some Foodies

Many parts of the country are enduring record-breaking heat—a preview of a potentially scorching summer. NOAA has forecast that most of the contiguous U.S. will have above-normal temperatures in June through August. But for some, it won’t be hot enough—in their food anyway.

Fans of the hot chile sauce Sriracha are coming to terms with an unprecedented shortage. Bloomberg reports that its manufacturer, Southern California-based Huy Fong Inc., has been forced to halt production of the popular spicy condiment made with red jalapeño-hybrid chile peppers because of severe weather conditions and crop failures in Mexico.

Fun fact: the original Sriracha consisting of chile peppers, distilled vinegar, garlic, sugar, and salt got its start in the coastal city of Si Racha in southeast Thailand, where a woman named Ms. Thanom Chakkapak created it to share with friends who liked it so much they persuaded her to bottle it.

Huy Fong Inc. hopes to resume deliveries of their Sriracha sauce, with the iconic green cap and the rooster on the bottle, after Labor Day. Until then, keep a cool head if a less spicy summer has you hotter under the collar.