A Winter Olympics Without Any Real Snow

The Volcanic Eruption in Tonga Could Cause Long-Lasting Environmental Damage

On January 15, the Hunga Tonga-Hunga Ha‘apai volcano erupted near the island nation of Tonga in the South Pacific, leaving three people dead and about two to four inches of ash that contaminated drinking water and devastated ecosystems. The eruption hampered efforts to deliver humanitarian aid. It took about five days for relief to arrive and almost a week for a New Zealand naval ship to bring a desalination plant. Ships from Australia and Britain with aid were also on the way. And flights from Japan and New Zealand arrived late in the week.

A tsunami nearly 50 feet high struck the 170-island archipelago, and a tsunami raced across the Pacific Ocean, causing damage including $6 million to Santa Cruz, California, more than 5,000 miles away. The high waves caused an oil spill at a refinery in Peru, harming animal and plant life over thousands of square miles of islands, fishing regions, and the main coastline. The Peruvian government called it the biggest ecological disaster in recent years.

In the South Pacific, the eruption may also have caused long-lasting damage to coral reefs, coastlines, and fisheries. Shane Cronin, from the University of Auckland, told Reuters that there is likely to be acid rain around Tonga for a while, affecting crops like taro, corn, bananas, and vegetables. In the seas, murky and ash-filled water has probably depleted food for fish and wiped out spawning beds. Changes in seafloor structures will create new problems for fishing vessels.

Even before the eruption, coral reefs in the area had been weakened by bleaching and stronger cyclones caused by climate change. More iron from the ash in the water can increase algae and sponges that harm reefs. Rising seas were already threatening Tonga’s islands at twice the global average, and now natural coastal buffers are likely severely damaged.

The shock wave from the eruption spread across the planet at the speed of sound, according to the National Weather Service. In Seattle, the city’s fog was briefly lifted, and the explosion was heard as far away as Alaska. The UK—10,000 miles away—reported atmospheric pressure changes.

The Tongan archipelago is situated on what’s known as the Ring of Fire, which the USGS says is the most seismically and volcanically active zone in the world. The Washington Post reports that the eruption sent ash and gas nearly 20 miles into the air, and could have been the world’s largest volcano explosion in the last 30 years. NASA scientists told NPR that the Tongan eruption was 500 times as powerful as the nuclear bomb dropped on Hiroshima, Japan.

Earth has had a stable environment since the dawn of human civilization, but now a new study warns that we are dumping more chemical and plastic pollution than the planet can support. More than a decade ago, researchers defined nine limits that, if exceeded, threaten humanity. They include climate change, the ozone layer, freshwater, and biodiversity. The new report quantifies how one boundary—manufactured chemicals—has potentially irreversible effects on living safely on Earth.

Estimates of how the different control variables for seven planetary boundaries have changed from 1950 to present. The green shaded polygon represents the safe operating space. | Source: Steffen et al. 2015

Of particular concern are plastics, pesticides, antibiotics, and industrial chemicals. The scientists say that the total mass of plastics on the planet is more than twice that of all living mammals, with about 80 percent of all plastics ever produced remaining in the environment.

According to the Guardian, chemical pollution damages the biological and physical processes that underpin all life. For example, pesticides wipe out many insects that are not targeted and are fundamental to clean air, water, and food. In a statement from the Stockholm Environmental Institute, Linn Persson, one of the researchers, said that the pace of production and release of new chemicals into the environment is not consistent with staying in the safe operating space for humans.

There are an estimated 350,000 different types of manufactured chemicals on the global market, largely with unknown effects, and the rate at which they are appearing far exceeds the capacity of governments to assess their risks, much less monitor and control them. The study says a cap on production is needed, as is more regulation.

The study was published in the journal Environmental Science and Technology.

When the Winter Olympics begin in China next month, and athletes get ready to compete, one key ingredient will be missing—natural snow. Beijing will be the first Games to rely completely on artificial flakes. Since November, canons have been blasting out fake snow to cover not only racecourses but also surrounding brown hillsides to create an alpine-looking backdrop. 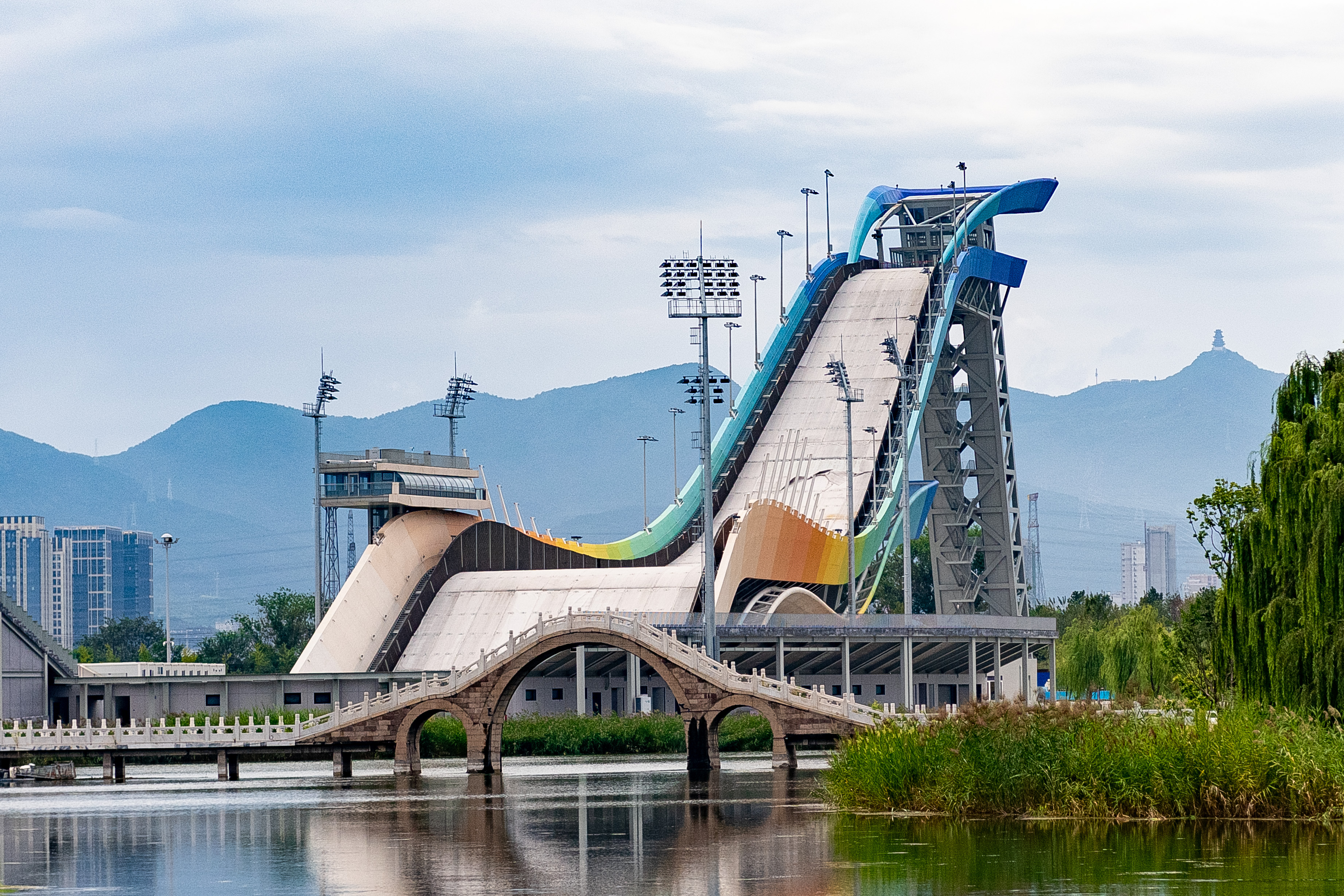 Zhangjiakou, where the games will be held, typically only receives around seven to nine inches of snow per year. The city is in the same Haihe river basin as Beijing, which, according to China Water Risk, a Hong Kong-based environmental group, has the highest water stress among the nine large river basins in China. The region relies on groundwater and resources piped in from wetter areas.

Snowmaking for the Games will require as much as two million cubic meters of water—enough to fill 800 Olympic-sized swimming pools—according to Carmen de Jong, at the University of Strasbourg, who spoke to Deutsche Welle. And because the region is so dry, Bloomberg reports, a significant amount of the fake snow is lost to evaporation and strong winds, so engineers first pump water into the dry soil to freeze the ground before adding the snow.

The process requires huge amounts of water and energy, which China says will be provided by newly installed wind turbines, but de Jong called Beijing “the least sustainable Games of all time.” Even the International Olympic Committee flagged the issue as one of its chief concerns when considering Beijing's bid to host the games, saying the country had “underestimated the amount of water that would be needed for snowmaking” and “overestimated the ability to recapture water used for snowmaking.”

Beijing is not the first to rely on artificial snow for the Winter Olympics. Fake stuff topped off slopes at the 1980 Games in Lake Placid, New York, and has been part of the mix ever since. Eighty percent of the snow was man made for the 2014 Games in Sochi, Russia, and it rose to 90 percent for the 2018 Olympics in South Korea.

Climate change is a key driver behind shrinking amounts of natural snow. A new report out last week says that of the 21 cities that have previously held the Winter Olympics, only one will have conditions suitable to host the Games by the end of the century.

We’re well into January, and if you made a resolution to eat better for the planet, new research will give you extra incentive to stick with it. A study led by scientists at Leiden University calculated that if high-income countries moved away from animal products, it would produce a double dividend. Less land would be needed to grow food and vast acreage could revert to its natural state, where plants and trees would take up carbon from the atmosphere. 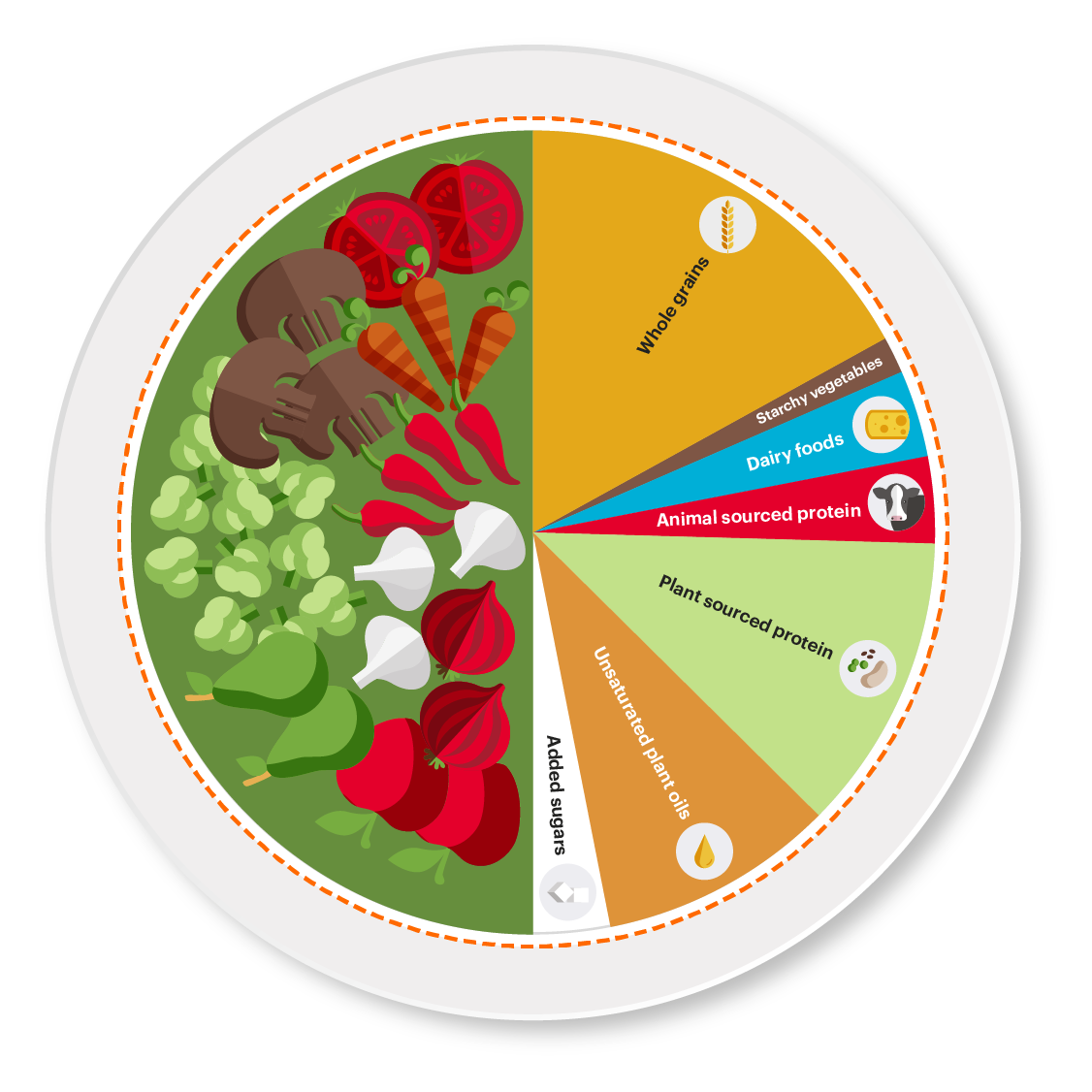 The study explores how the carbon footprint of food production could change if 54 high-income countries were to adopt the EAT-Lancet Planetary Health Diet developed by the Stordalen Foundation, Stockholm Resilience Centre, and the Wellcome Trust to catalyze a food system transformation. The plant-forward diet allows for a small proportion of meat and dairy and would result in almost 100 billion tons of CO2 out of the atmosphere by the end of the century. It would also have major benefits for water quality, biodiversity, and clean air.

Need more motivation? Other recent research suggests that eating a plant-based diet boosts your mood and productivity, according to EuroNews Green. In the study commissioned by City Pantry, Dr. Uma Naidoo of Harvard Medical School says eating polyphenol-rich foods like cauliflower, carrots, red pepper, cabbage, and dark chocolate can lower inflammation and improve focus. She says it’s also good to include include natural fats like avocados and extra virgin olive oil because our brains are made up of 60 percent fat and perform best with a constant supply of omega-3-fatty acids.

Studies like the one undertaken by City Pantry are not the first to establish a relationship between veganism and productivity. Over ten years ago, a group of researchers at the George Washington University School of Medicine came to the same conclusion.